When I heard Langrisser I & II were coming to PlayStation 4, Switch and PC on March 10 courtesy of the fine folks at developer extreme and Chara-ani Corporation thanks to US publisher NISA, let’s just say that was a good day indeed.  I still own my originally purchased new copies of Warsong and the two Sega Mega Drive Langrisser imports (see below), and from playing the demo versions last night, it’s as if I went back in time and then forward, thanks to the game’s wise inclusion of old and new art styles.

Playing the new game bought back many old memories and we’re looking at a massive campaign, restored to its roots and many hours (and endings) to be discovered. I had to play the second game partially from some hefty notes and magazine clippings I got from a friend in Japan, but I know I missed a lot of story as the paths I got weren’t fully translated in the notes. So this time out, I’m preparing for this much bigger game now in English. 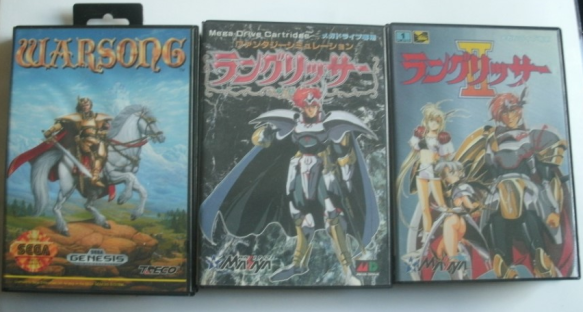