In addition to the Blacksad news I posted a few days back, it’s going to be a pretty busy time going forwards for Microïds, that’s for sure. Let’s see now: 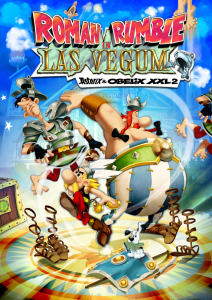 Roman Rumble in Las Vegum (Asterix & Obelix XXL2) has arrived on Nintendo Switch, PlayStation 4 and Xbox One for $29.99. This one’s a remastered sequel to a PS2 game from 2003 that first got a sequel three years later and now it lands on the consoles above sporting new visuals and a wealth of gameplay improvements over the 2006 version. New dev team Osome Studios has taken Etranges Libellules‘ work and powered it up to the next level.

I’m ancient enough to remember reading many of the old and brilliant Goscinny and Uderzo comics as a kid, so this one will be plenty of nostalgic fun and a game that’s going to be acceptable for gamers of all ages. Check out the game trailer below for what to expect (I’m cracking up because the game riffs on a number of pop culture elements here and there) Viva lost wages! This one should be fun for a few laughs. Check it out: