You better have those banana grabbing skills down, folks. 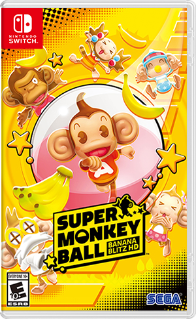 Sega, on a roll (Part I): Super Monkey Ball: Banana Blitz HD ($39.99) is a pretty fun time on the Switch, but you better have steady hands and steadier nerves if you want any chance of completing this game. Yes, the multiplayer is a ton of crazy fun here (that could have used a few more games) and that’s a reason some will jump all over this with a few friends. But this is a game where the solo play can be as hair-raising as it gets because it’s too easy to fail (and multiple times at that) some courses if you’re susceptible to anything from an itchy body part or any sort of issues with your controller.

If you’re new to this, it’s a game that will have you cracking up and pulling out hairs in equal measures. There’s a goofy plot here, but all you need to know is you’re a monkey in a big plastic ball and you need to roll, jump and quickly grab bananas as a clock is ticking down, fighting bosses a few times along the way.  You probably won’t be good at this initially, but practice makes perfect, as they say. Paradoxically, both Zen-like calm and lightning reflexes are absolutely necessary in this game where courses are tightly timed, bosses require super-quick pattern recognition and you need to play and replay stages to nab those bananas without falling off some deviously designed courses. 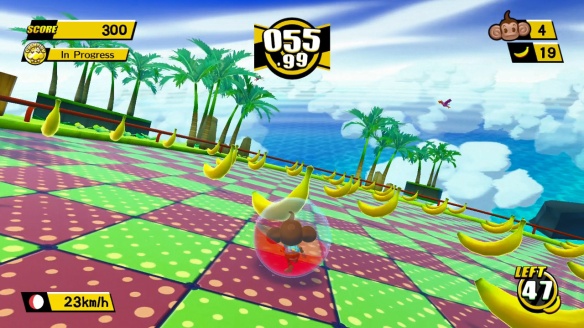 “This is bananas, and bananas is good!”

Well, you do have to fall off some courses, but onto a lower part of a level, or to shave seconds off a course time, missing a few bunches of bananas in the process (until you figure out how to get them later in a different run). Developer Ryu Ga Gotoku Studio (yes, the folks behind the excellent Yakuza games as well as a few others) took the 2006 Wii-only game and have tweaked it into a multi-console game that’s quite good and yes, maddening when it needs to be. In addition to reworking the interface and adding online functionality, 40 of the Wii-specific mini-games are gone (well, 50 was overkill way back then and the Wii remote was a pain to use for some of them), cut down to a mere 10 that keep multiplayer games a faster-paced chunk of mayhem for up to four players.

END_OF_DOCUMENT_TOKEN_TO_BE_REPLACED

I’d be lying it I said I was good at this one right out of the gate, but that’s because it’s been a while since I’ve touched a Super Monkey Ball game. That said, I’m currently having a blast with the Switch review version of Super Monkey Ball Banana Blitz HD (set for a US release on October 29). Sure it’s a HD rework of a 2006 Wii game with a nice HD fix-up and yes, some mini-games are MIA, but the story mode is quite lengthy, there’s online leaderboards and and couch co-op content and the core mechanics are pretty darn fun when you settle in for a spell. Here’s a trailer to look at for the Switch version (the game is also set for release on PlayStation 4 and Xbox One systems):

So far, I’m grinning like a loon and sweating like a pig when I safely make it through a stage, but as things get twisty and the maps get tougher, I want to give up for a few seconds each time I fail. But dang it, if the game keeps pulling me back in for more every single time. Must be those bananas or something. Now, if you’ll excuse me, I have to figure the second boss out – back with a review shortly. 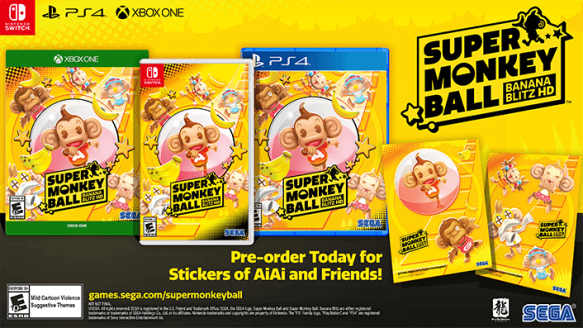 Feel free to go bananas if you like with a physical version of the game.