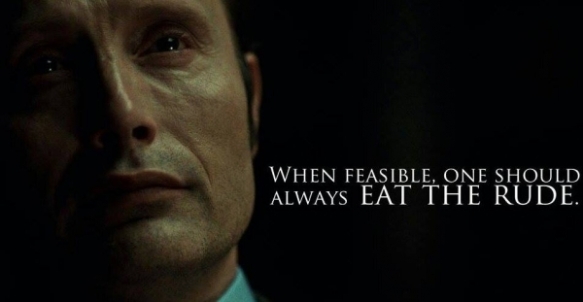 Feh. Even more than usual these days it seems the internet can be chock full of not too bright people who should be ignored at all cost. No matter how patient you are, some of these people want nothing more to drain your sanity with inanity while laughing at your heroically feeble attempts at civility. Having an “opinion” biased to the point of making you a total idiot who doesn’t know what you’re talking about and being loud and persistent about it because that’s how you “win” every time isn’t anything to be smug about. All that does is leave you with online “friends” who think like you, like what you say and will prop your soapbox up only until someone louder and more annoying comes along to kick you off that box and take over your airtime.

That said, I’ll shut up now and let those of you who groove on tooting your own horn about things known little about continue to do your stuff. Have at it. Ignorance is bliss only up until you wish you knew what the hell you were talking about in the first place once you get into actual trouble because your one-way thinking has backed you into a corner with the dogs you’ve helped breed coming for you.

Oh, bother. I’ve been somewhat good for a while, trying to not explode into a sarcastic ball of caffeinated noise bouncing around the room ranting about all sorts of stuff. It’s hard to write about entertainment you like when the real world is becoming a lot less entertaining and a lot more unlikable. We may be in the process of having Max Shreck voted into office by a bunch of goggle-eyed TV-raised rubes who believe that well-clothed celebrity charlatan with the failed businesses who also took money from people who paid to attend a “university” with his name on it (just because it had his name on it) is someone who can “get the job done” and who just might get the job done. Well, if that “job” in question is traveling backwards in time to a few lousy places in history.

Anyway, all that and more have been rattling around in my busy little head of late and that rattling is getting louder. While I deal with that noise, I’m going to be nice and stick to writing more about stuff I like primarily as a means of keeping me distracted while I deal with what’s turning into a weirder year than even I expected. Back in a bit – I have a ton of notes and press kits that I’ve been going over this past week to keep me busy, but I could use a nice adult beverage and an ear to bend. 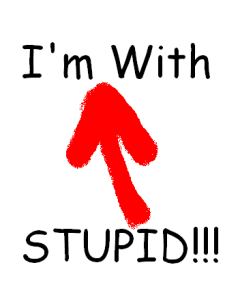 It’s come to my attention over the years that a LOT of people don’t know how to use the Internet properly. Not that I really care, mind you… it’s just that it tends to get in the way of me enjoying the damn thing as it should be used. If you’re using the Internet correctly, this post is completely meaningless and you can stop here and go about your day as usual.

For the rest of you out there fumbling and bumbling about making fools of yourself everywhere you click and post (and not knowing you’re a total idiot while doing so), read on below the jump for two small but helpful tips (there are a lot more, but these two will help about 86.7% of you having issues, the national average) and leave the top of your head unscrewed so the learning juice can sink in and grow something other than weeds and poisonous mushrooms… END_OF_DOCUMENT_TOKEN_TO_BE_REPLACED