Yeah, Happy New Year and all that stuff. I figure I’ll post more than I did last year even though I got sick and was out of action for a month or so which led to a bigger backlog that I’m still wading through. My plans to write up and pre-load posts went south thanks to that, but I think with my health getting better (albeit temporarily) I’ll try and tackle stuff slightly differently on occasion. Or: Eh, I’ve been watching a ton of movies in no particular order, so you get to pore over a few quickie capsule recommends.

Stormy Monday – Mike Figgis’ first film was this stylized bit of 1988 brilliance that featured Sean Bean, Melanie Griffith, Tommy Lee Jones and Sting, plus a pretty darn neat jazz score by the director. The neon-soaked Newcastle setting features some of Roger Deakins’ lovely cinematography that makes this a total treat to watch. It’s more or less a noir gangster flick with some solid performances and an overall sense that something bad is going to happen what with all the tense glowering and some romantic notions that make for a bit of conflict as things progress.

I actually hadn’t heard of this film other than seeing a trailer way back before it was initially released in theaters. I didn’t think it was for me back then, but thanks to Arrow Video, I’ve been proven quite incorrect. Expect a fine director’s commentary from Figgis along with a few cool bonus features on this BD/DVD combo that make this a nice surprise to discover if you’ve never seen or heard of it until now. Amusingly enough, this pairs well with Walter Hill’s Streets of Fire thanks to both films mixing reality and fantasy elements (although Figgis gets the edge and the edgier performances overall).

END_OF_DOCUMENT_TOKEN_TO_BE_REPLACED 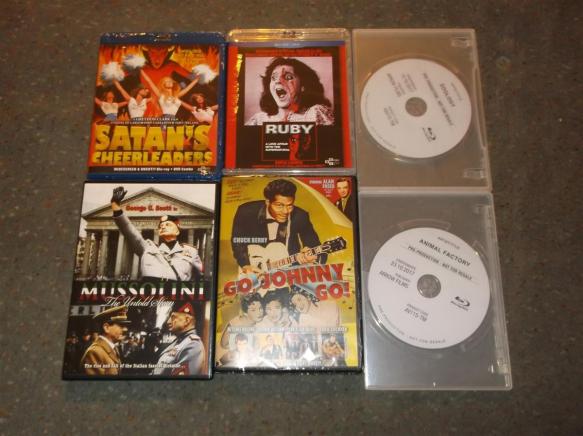 Eep. The backlog gets bigger with some nice entries to the library. Yeah, I’m old and have very varied tastes in my viewing preferences, so what? Anyway, reviews will go up as I get to these and a stack more discs I’ve gotten that need to be watched. Keep, ’em, coming, folks. I do need a decent movie watching pal, I’d say. Not that it’s boring watching movies at all, but it’s just nice to have someone to bounce commentary off between films. Eh, whatever. Off to do some eyeball exercises and catch up on classics and non-classics alike. Back in a bit.

VCI Entertainment has been around for decades (I’ll let you read their “About Us” page at your leisure) and with a library of over 5000 titles from vintage to modern in nearly every genre available in physical, download, or digital rental format, you’ll very likely find something to watch.

The company’s fall 2017 lineup is a small but nice one with a bit of horror, history and a little rock ‘n roll to get the neighbors out of bed and pounding on your door late at night if your TV is up too loud. Hmmm… perhaps they’re all bringing over some popcorn and beverages so they can join in on the fun at that hour… as they’re not getting in otherwise. Anyway, let’s take a peek at what’s coming below the jump.