How come no one has a sledgehammer handy so they can bust the heck through those locked front doors in these games? 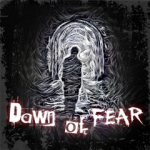 You’ll either like or not like Dawn of Fear ($19.99) for a few reasons. You’ll like it if you’re a big of the classics for the strict, stick to the script “survival” horror gameplay borrowed liberally from the first Resident Evil, with a touch of the more unsettling Silent Hill for good measure, very limited save function, static to a fault camera angles, blind spots, rigid aiming, low ammo counts and all. You’ll not like it for all that if you’re a newer survival horror fan or an old fan of the genre that’s moved on to games with more freedom of movement and a plot that makes more logical sense. Plus there’s a somewhat spotty localization that needed a bit of work, as it’s a bit cringe-worthy on the grammar side. Oh, and there were some pretty awful bugs and glitches at launch, some of which stopped the game cold and either forced a restart, or had you go back to an old save to hopefully restore things.

A recent patch helps a great deal, though. It turned the sluggish movement speed to an always run animation that helps a tremendously (even though the instructions still state holding the Square button runs, when it now doesn’t). Although you’ll now zip into camera angles that switch so fast it’s tricky to not run back into an area you just left. Glitches that were major visual and technical ones seem to be stomped out, but sometimes areas you explore still load in pieces. For example, you’ll be running into a dark room in that mansion and the lights suddenly switch on, but it’s not the lights, just an area on the map that’s loading in its pre-rendered details (oops).

END_OF_DOCUMENT_TOKEN_TO_BE_REPLACED

I like the PlayStation Talents program, as it’s been bringing a few games to players from quite a few indie developers in Spain that might otherwise be ignored in a market crowded with new releases every week. Survival Horror fans have a new game to look at with Dawn of Fear, from indie team Brok3nsite. Take a look at this trailer and get the warn and fuzzy zombies coming after you feeling once more: