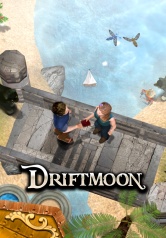 Do you own a decent cap or hat, dear reader? If you do, go get it now, put it on and tip that cap or hat in the general direction of Finland (Jyväskylä, to be a bit more precise). If you don’t have a good cap or hat, what’s wrong with you? It’s cold outside! Anyway, what’s with all the polite haberdashery tilting? Well, dear reader, it’s a hats off to Ville and Anne Mönkkönen for the seven years of work that went into one of the best games of this year. Driftmoon is an instant classic you’ll want to dive into and explore at your own pace just to experience great game design in action. Solid writing, great visuals and the excellent hybrid adventure/RPG/puzzle gameplay make a visit to Driftmoon well worth the price. As great as the game is, the included easy to use editor gives this one endless possibilities for users to craft their own potential classics…

END_OF_DOCUMENT_TOKEN_TO_BE_REPLACED

As in noted last week (I think – this month is a TOTAL blur!), Ville and Anne Mönkkönen indie adventure/RPG Driftmoon has been getting some final tweaking and as you can see in the new trailer above, it’s tight as a drum and all set to brighten up your hard drive. The game is fresh, funny and near perfect, now has a nifty modern camera angle adjustor 2.0 added (er, in English, the Pg Up/Pg Dn keys tilt the viewpoint), a gentle kick in the lighting’s pants by accident has boosted it a bit more and yes, the game is easy on the eyes, to boot. Did I mention the level editor? No? Oh, I did last week? Well, I’m glad someone is actually reading this site! Either that, or I’m having a conversation with myself (shhh!).

END_OF_DOCUMENT_TOKEN_TO_BE_REPLACED 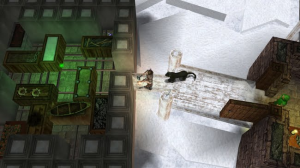 Slowly but surely I’ve been playing through Ville and Anne Mönkkönen’s fine and funny adventure/RPG hybrid, Driftmoon, and can safely say that it’s refreshingly retro as well as just plain fun to play. The game now has an official release date of February 26, 2013 (and it’s gog.com bound plus a few other places!) as well as a much requested adjustable camera angle which works amazingly well. I was against the idea for a while, but noticed that a few friends I showed the game to weren’t keen on the top-down POV even though they liked the visuals quite a lot. The new angle on things is adjustable down to a more Baldur’s Gate-like angle on things and looks great, which should get more people to want to try this one out.

Anyway, I also need to get a review done, so I’ve been avoiding the two mods I downloaded until that’s done. Hopefully, I’ll have that written up sometime within the next week as I’m also swamped in Toy Fair coverage and a bunch of other game previews and reviews. Of course, Driftmoon is next up on the review pile – I just need to finish the game and get to it. Unless it all falls apart past the point I’ve played (and I don’t expect it to at all), this one’s turning out to be one of my favorite indie games so far this year. Back in a bit…

It’s allllmost done, folks. Ville and Anne Mönkkönen’s refreshingly fun (and funny) blend of adventure and role-playing as gotten a ton of fixes including new skills, all sorts of little and big optimizations and is shaping up to be a great blend old and new school genre fans looking for something really unique should absolutely buy. Go play the latest demo and see for yourself. I’ll wait, but while I’m waiting, a short report on what’s new:

When we last left our hero (in a previous demo build), an important item was acquired, a relative was rescued and there was a nice air of “this is really going to be even more fun!” at the expected abrupt ending. Picking up right from that save, the game gets funnier and a bit more challenging as new enemies and plenty of nice surprises awaited with further exploration. One thing new players will NEED to learn (other than adjusting to the top-down camera angle, but there’s a potential slight options tweak being considered) is the importance of moving or activating certain objects in the game world to uncover assorted secrets. I found a new room in the old dungeon I was on the way out of by extinguishing a torch (hey!), and there were a wealth of cool items under chairs, chests, wooden boards and heavy rocks (among other places)… END_OF_DOCUMENT_TOKEN_TO_BE_REPLACED 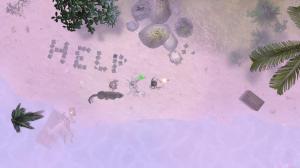 Ville and Anne Mönkkönen’s absolutely excellent adventure/RPG/comedy hybrid has finally gotten a really awesome new alpha build you can try out NOW. Go on, now… it won’t bite! In addition to being a well-made and fun to play game experience, it’s also one of those indie games that’s actually not flailing about and trying to be too hip or intentionally “retro” for its own good. Anyway, big new areas adding a few hours to the playtime, a nicely creepy new mist effect, some lovely character portraits by Johanna Sundström and yep, you can still make your own mods using the wonderful game editor. Even better, you can request a discount code for %20 off the price of the final version and use it when the game is complete and ready to “ship” via download from the Instant Kingdom website (I had to keep the nautical theme from the game going, sorry). What, you’re still reading this? Go download the demo already!

Yes, it’s taken a bit of time for me to get around to playing that new Driftmoon demo I mentioned last month, but I’m absolutely more than pleased that I spent a few hours yesterday exploring the early part of the game which was awesome enough to leave me begging to see how the final build will turn out. Instant Kingdom (that’s Ville and Anne Mönkkönen, last time I checked) have created a lovely top down Adventure/RPG that can be tailored for anyone from novices who prefer a lighter combat option to hardcore players who want enemies that bite back hard. It also doesn’t hurt that the writing here is well done and often amusing in tone, offering a RPG experience that allows for different outcomes to certain quests. Toss in an excellent map system, some very well thought out combat, a great soundtrack and the ability to send feedback to the developers as you play and what’s here is shaping up to be a superb little indie game.

END_OF_DOCUMENT_TOKEN_TO_BE_REPLACED

Last year, Spiderweb Software’s Jeff Vogel (a maker of fantastic games in his own right) called Finland’s Ville and Anne Mönkkönen “two seriously attractive game developers” on his blog and I got a big laugh out of that because I’d been playing Ville’s games on and off for years without ever giving a thought as to what he looked like. The man’s got talent to spare and a unique vision that’s kept him around making a handful of fun independent games at his own pace. Driftmoon, the newest project (done in collaboration with his wife, Anne) is his most polished project to date and also the first game he’s actually looking to make a profit from.  With a little assistance from people like you, of course. The official demo for the RPG has just dropped at the Instant Kingdom website and yes, I urge you to try it out and see what pretty much everyone who’s seen the game in development (and played the super early builds) already knows. You DO have a new tab open and are downloading away, right? OK, great – enjoy the demo!

Note: For you modern RPG fans out there – don’t overly obsess over the top-down viewpoint at all. Play the game for about five minutes and it’ll feel just right.