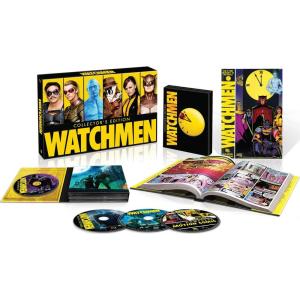 Ha. I knew Warner Bros. had their own vast online shop, but I didn’t know they also sold the same DVD and Blu-Ray movies from on eBay until last night when I was looking up a copy of the 1975 sci-fi/horror flick BUG for a friend of mine who brought up the film in a conversation. Granted, if you’re not used to paying new movie prices or get legitimate NEW discs cheaper elsewhere, most of the prices won’t make you dance around the room. On the other hand, you know you’re not buying up a bunch of bootlegs, they have some nice NICE Turner Classic Movies (TCM) collections, way too many TV show box sets, those fancy steelbooks some love and loads of collector’s editions along with video games from WBIE (their game publishing arm), all with FREE shipping.

Oh, you KNEW this already? Crap. Well, it’s news to me. I got learned (again) and I liked it.

I remember seeing The Window as a kid on TV and probably laughing a wee bit too much because the lying wolf-crying brat who no one believed about the murder he finally DID see was getting his just desserts when all those chickens came home to roost. Seeing it a few times more as I got older (and thankfully, wiser) revealed a pretty sinister film noir thriller with probably the best child performance I’d ever seen in a film that old.

Granted, I’m not advocating the already generally creepy “Child in Danger!” flick or that entire sub-genre of flicks made throughout cinematic history as a “must-see” collection of films if you’ve got a very soft spot for your own brood of lovable lamp-breaking, cookie stealing ankle-biters. However, as a chilling little classic film that’s never been remade properly (at least in my humble opinion), it’s a total spine-shaker right from the beginning…