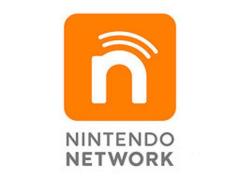 Nintendo had a pretty rough fiscal 2011, but this year, the company is determined to be a monster in the games world once again. In his lengthy financial briefing, Nintendo President Satoru Iwata discussed numerous topics that ranged from worldwide sales figures to the possibility of the 3DS going up in price at some point, to the introduction of the new and improved Nintendo Network. Iwata takes a guided shot directly at casual games that use micro-transactions to generate revenue in the report and makes what I think are some truly valid points that I hope gain traction in an industry where profit keeps stepping all over common sense.

Even if you’re not a Nintendo fan, the report is ABSOLUTELY worth a read and discussion, as it shows the company is focused on not only being more in step with the current digital era, it’s also focusing on how to bring more of its user base aboard while still keeping a retail presence that matters. Anyway, go grab a cuppa and have a seat, as the entire briefing is five pages long, packed with informative charts, graphs and some great info about the company’s past, present and future titles plus plans for this year and beyond.

Although news (and a few images) have been leaking out for a little while now about the successor to the Wii, an official statement from the company’s financial report has been popping up all over the Internet today officially announcing the new console will be shown (and possibly playable) at E3 this year. Codenamed ‘Project Cafe’, the new console is rumored to feature HD visuals that rival the PS3 and Xboxhttp://www.blogger.com/img/blank.gif 360 along with an innovative new controller with a 6.2″ touch screen that enables downloading and playing games through the console without turning on your TV!

The new system is expected to launch in 2012, but no pricing, features or software announcements have been made yet. This is certainly exciting news for Nintendo fans and gamers in general, as there’s little doubt that we’ll all be seeing something innovative and extremely user friendly very shortly. Of course, we’ll also see the Wii and its games drop in price, so it’ll be interesting to see how his affects those numbers, as traditionally, “dying” consoles get a spike in sales as budget-minded families seize the opportunity to grab up systems and games for kids who care not a whit for flashy graphics and expensive new controllers. Time for another poll, I guess…

Aha. So Evil Controllers isn't so 'Evil” after all (I knew they had a soft side!). Anyway, the company is teaming up with Chicago's Whitney M. Young HS' Gamers Go Green team for a rather cool and power-saving event that's a good way for families to get together for an hour of quality gaming time… even if there's NOT a video game in the house!

It's been a capital “L” Lousy week for the industry in a pretty rocky few years that have seen quite a few layoffs, studio closures and newer, smaller studios formed after such shakeups. But the cost is certainly getting higher. Sony Online Entertainment has let go 205 employees and shot down the PS3/PC massively multiplayer online shooter/action game, The Agency, which had been in development for a few years. This news in particular irks me because I remember seeing and playing a very early demo build about two or three years back and thinking the team was onto something really unique. I recall asking if the team planned to do the game as single player with straight co-op modes and no MMO functionality in case things went south during the rest of long dev cycle, but everyone seemed to believe the game would find an audience based on the spy theme and solid Unreal 3-powered visuals… Now we'll never know.Read more »

In a double shot PLUS of depressing industry news, it looks as if the current recession plus gaming trends split down the middle toward bigger-budgeted or smaller indie “casual” games has taken down the US offices one a fan favorite middle range publisher and a couple of major franchises by a major publisher. Of course, the real story is how companies see games (and the creativity behind them) as commodities and simply chop product lines and jobs based on under-performance (among other things) rather than shift jobs around to other projects. Fan favorite Hudson Entertainment is shutting down its US offices by the end of this month, according to multiple reports including a blog post by Morgan Haro, Hudson's US Brand Manager.
Read more »

This weeks winner and new champion of cool game announcements (at least for a day or so more), Namco Bandai, continues to shake things up with even more new (and slightly surprising) game announcements. In addition to the one-two punch of Dark Souls and Armored Core V, expect to see Pac-Man & Galaga Dimensions on the 3DS, two all-new separate titles on one 3DS cart. The company is also set to produce a totally new current-gen Ridge Racer that’s already been a huge source of controversy amongst some hardcore fans of the franchise. (More on that in a separate posting).

In other 3DS news, the oddly (yet precisely) titled DualPenSports looks to train players in dual stylus wielding in a series of mini-games and sports-based challenges that offer, according to the press release, “a stimulating mental workout and improved hand eye coordination”. Sound like a mix of the DS games Brain Training, Left Brain/Right Brain and one of the company’s Active Life titles on the Wii, so it should be fun for all.

Namco Bandai has also acquired the rights to publish Power Rangers titles in North America for consoles and handhelds, which means we’ll be seeing those characters start popping up on a regular basis in a bunch of slickly produced Power Rangers Samurai games. Given Bandai’s long pedigree of generally high quality Mobile Suit Gundam, Naruto, InuYasha and many more franchise titles geared toward younger gamers, I’d say the Power Rangers are in pretty good hands.

Speaking of Gundam… two words: Omega Force. Two more words: Tecmo Koei. Yup, that means we’ll also be seeing Dynasty Warriors Gundam 3 (Gundam Musou 3) hit the PS3 and Xbox 360. While some folks hate the Musou franchise for its seemingly simple hack & slash combat, I’m a longtime fan and happy about this news. I’ll be running updated info, trailers and screens on these new games as they come in.

“FromSoftware has an excellent pedigree of producing remarkable fan-favorite games that have made a huge impact and invigorated their respective categories,” said Kenji Hisatsune president and CEO, NAMCO BANDAI Games America Inc. “The two upcoming games will exemplify this heritage while yet again introducing exciting new ways for gamers to experience these genres.”

In the words of the great philosophers: Oh hell, yes.

I figured as much, but waiting for confirmation before rambling on and over-speculating is usually a really good idea. From Software has indeed been toiling away on a follow up to Demon’s Souls, the huge hit for the developer that featured some truly hardcore difficulty as well as an innovative online mode. According to Japanese games magazine Famitsu, the upcoming RPG Dark Souls (formerly Project Dark) is NOT a direct sequel to Demon’s Souls, but explores and expands upon the gameplay found in the first game. Dark Souls will feature a larger, seamless game world with “more complex geometry”, a deeper character creation feature and what’s looking like enhancements to the online play.

Shockingly (well, for some folks), Atlus won’t be localizing or publishing the new game in North America (or anywhere else for that matter). Namco Bandai has the US and European publishing rights, which may mean we’ll see the game on a press tour at some point here in NYC. Additionally, the game will be 360-bound in North America/Europe and a PS3 exclusive in Japan (which is sort of a big “ouch!” to the much smaller Japanese 360 user base). I’d say they could use the instant worldwide sales Dark Souls will no doubt bring them, as a few of their releases from last year didn’t do too well critically. No release date has been announced, but the game is expected to launch before the end of this year.

More info on this as it comes in… stay tuned.

In possibly the WORST kept secret in an industry known for more leaks than the Titanic crossed with an incontinent elephant, Sony's next-generation successor to the PSP has finally been given it's official public unveiling at a press event in Tokyo. Codenamed NGP (Next Generation Portable), the new unit is sleeker than the current model and comes packed to the digital gills with a bunch of expected and unexpected features and functionality. The new handheld will feature dual analog controls (along with the standard D-pad and PlayStation keys), front and rear touch pads, Sixaxis motion control, a three-axis compass along with 3G network and Wi-Fi support.

In addition, while there's no UMD slot, there's a physical media slot that uses a dedicated card storage format, front and rear cameras and amazingly, a 5 inch OLED display that's four times the resolution of the PSP (go, Sony!). According to Sony, the new system is due for release during this Christmas holiday season – start saving those pennies, folks!

More info (and yes, SPECS) below the jump. 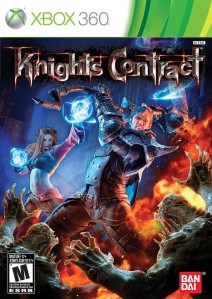 Namco Bandai has announced that Game Republic's M-rated action game (and one I happen to be looking forward to for its supremely bizarre monsters) has gone gold and has a release date of February 22, 2011. In case you're wondering “Just what the heck is Knight's Contract?”, well, a few snippets from the press release below the jump should help…