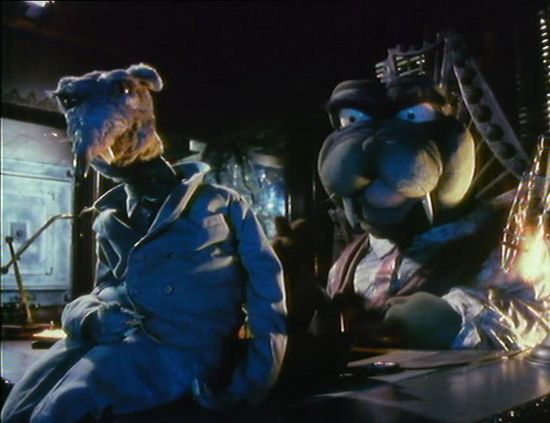 So, here we are again. Let’s see how, this time, we’ll see what else was in the bag of cartoons I loaned a friend. I added some stuff that wasn’t animated or not quite cartoons, but they all fit a theme.  So here’s the final countdown with a few surprises for good measure:

Roujin-Z:  Here’s the thing. Both kids don’t like anime, but I decided to pop this into the lot because it’s a family film of sorts and I know both parents would be into it because  they’d “get” it and enjoy it even if their two Teen Titans didn’t. Lo and behold, not only did the kids take to it, they were both deciding that the genre was much more that what friends at school were hammering them in the heads over endlessly.

I should have gone with Ghost In The Shell as well, but this Otomo flick was more of an acceptable choice and I didn’t want to overwhelm them, although, yes, I had to field a few questions regarding the crazy ending. That said, I wonder how Akira or something as nuts as a Fist of the North Star would have gone over. That said, I think a Miyazaki film might be a better thing (I’m looking at YOU, Lupin!)…