They’re going to have a meeting about having a meeting, most likely.

Sometimes, a kick to the Shin works.

Hideaki Anno and Shinji Higuchi’s Shin Godzilla is, for all intents and purposes, more of a grand live action anime because it translates much of its visual style and energy rather successfully from some of both of its creators’ previous well-known animated works. It’s also a sly poke at Japanese government bureaucracy where every decision has to go up a few ladders and lengthy meetings are constantly being held even as a horrific, mutating monster makes its radioactive presence known.

As a reboot of the classic franchise it works excellently in delivering a new and more terrifying Godzilla that mutates from a googly-eyed giant, arm-less gilled beast that flops and slides along because its body can’t hold it up, to a 400-foot tall nuclear blasting fiend that requires a lengthy cooldown after it uses its powers. This isn’t a Godzilla who’s a kid-friendly lizard who punches other monsters in the face and goofs around. Nope, the film takes it back to the more horror-laced 1954 original in terms of tone, laying on a modern plot where every decision made needs discussion and division heads and other leaders change into fancy jumpsuit ensembles just to look official while executive orders are issued.

END_OF_DOCUMENT_TOKEN_TO_BE_REPLACED 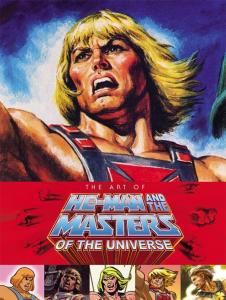 Okay, I’ll admit to not being much into He-Man and the Masters of the Universe way back when it was on TV and those beefy action figures and massive playsets were selling like hotcakes in stores. However, I was a big fan of Earl Norem‘s fantasy artwork as well as some of the cool animation Funimation had been doing since the late 60’s. As soon as I heard Dark Horse Comics was putting out a massive 300+ page regular and limited edition hardcover called The Art of He-Man And The Masters of the Universe, it went on my long list of books I needed to check out.

After getting a digital copy to peruse last week, color me impressed and a *kiiiind of* new convert to the old kid’s show. Granted, I’m not about to run out and buy up a box set and binge watch myself into a coma anytime soon. But thanks to the wonderful art and well-done interviews with many involved with the show, toys, comics and even that weird live action film, I respect the show a lot more on the art side of things. It’s still a big toy-selling chunk of nostalgia, but that sort of thing is why many now adults loved the show back in the day. I’m sure some of their parents had an eyebrow raised every time a new figure was requested and I don’t even want to think about holiday shopping for a hot new playset with a bunch of other parents eyeballing the same big box. Anyway, if one or more of those links floats your boat, go make a purchase. The regular edition is in stores on April 15 and the LE hits retail in May. 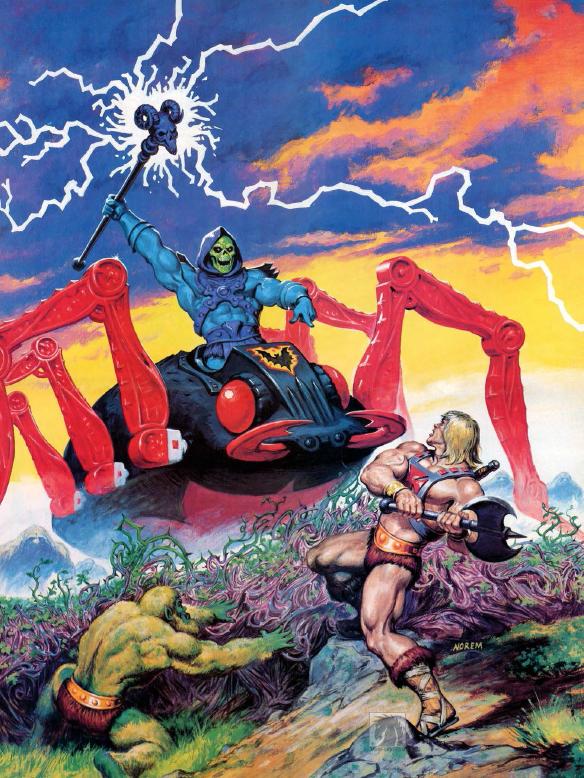 Oh, and someone needs to track down Earl Norem and send him a nice letter of thanks for all his gorgeous artwork, as his Wikipedia page is kind of depressing near the end. Personally, I think more people including younger illustration fans WOULD indeed be interested about the career of an 81-year-old artist. Hell, they’d better be, as his work was always consistently grand in just about anything he did.

If you’re a huge fan of He-Man and the Masters of The Universe, a collector of all things vinyl toys or just want a chance to win something cool and rare, here you go. This week’s Funko Hikari giveaway is this lovely (well, if you can call that mug “lovely”) #1 of 2000 Limited Edition Mystic Powers Skeletor Hikari Sofubi Figure. Check it out:

Entering as always, is a TOTAL cinch:

Winners are announced on the following Thursday and if you DON’T win, you can buy this outright at your favorite Funko dealer this September. Anyway, go get lucky and get this! Good Luck!