I haven’t played a TT Isle of Man game since two solid games way back on the PlayStation 2, so I’m sure I’ll wreck quite a lot while I try KT Racing’s new PS4 game TT Isle of Man 2 and guess what? I’m okay with that. I’m gathering from the videos I’ve seen that it’s not going to be a simple “jam down the pedal and go” kind of game some may want or think is coming, and to me it’s clear KT has been refining a bunch of elements over the last installment they did that should appeal to fans of the sport while getting novice players to want to go riding like the wind. Here’s a look at a few game footage trailers and a brief interview:

Both of these classic bikes are available as pre-order content across all systems by the way: 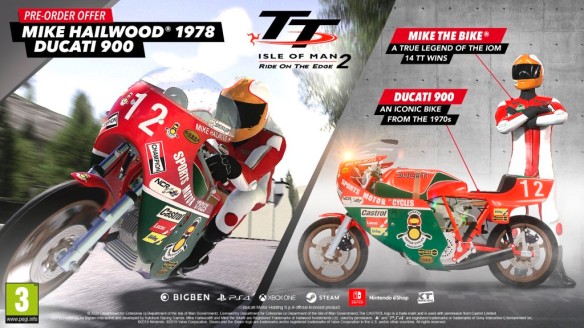 TT Isle of Man – Ride on the Edge 2 will be available March 19, 2020 on PlayStation 4, Xbox One, PC and later on Nintendo Switch. I’ll be fortunate enough to go take a preview build of the game for a spin this week. so I’ll report back with my findings soon thereafter.