Not every game needs to go for epic length status or terminally flashy visuals to be enjoyable. I tend to gravitate to puzzle games when I need a break from other genres  and there have been a few really cool ones this year. Here’s a quick look at a some of the ones I liked a lot:

Solar Flux (Nintendo Switch, $9.99): Firebrand Games’ great space-themed puzzler may look simple, but it riffs on classic arcade gameplay with homages to Asteroids, Lunar Lander, Puzzle Bobble, a bit of Star Castle and probably a few other titles my brain can’t recall in a really fun, challenging manner. While it’s at heart, a supremely soothing experience, the reliance on touchscreen-only controls combined with limited fuel and the need for precision movement of your very fragile ship means you’ll be getting a game that won’t easily be mastered in one sitting. Yes, the music is ear-pleasing and completely chill, but if you’re easily flustered by even the tiniest of mistakes, the gameplay can get pretty tense if you’re not able to tip-tap-steer your way out of trouble. Practice makes perfect, folks.

That challenge ramps up geometrically during the 80 missions set across 4 galaxies, but nice looks and all, you’re not here to do any sightseeing. Getting the best times as things get complicated is somewhat tricky (but rewarding). So expect a few retries and perhaps a few times when you’re just putting the game down for a bit and coming back later if you lose that zen-like concentration. Don’t worry, though. Those assorted suns you need to recharge will be there when you return. All is good in this universe, just relax and it’ll be quite the thrill.

Color Zen (Nintendo Switch, $3.99):  Speaking of zen-like experiences and relaxing games, Cypronia and Large Animal’s lovely, stress relieving experience is now on the Switch after appearing on pretty much every other platform that could run it. Yes, that’s the trailer for the Wii U version because I couldn’t find an official Switch one outside of the one on Nintendo’s page (and it’s not link-able), but it’s all good. This one’s perfect for all ages and gamer types, although I’d gather colorblind players may be at a sight disadvantage here. The game packs in a whopping 460 puzzles from super-easy to “Hmmm, this will take some deep thought…” and a very relaxing score by Steve Woodzell. The aim here is to manipulate colors by dragging and tapping until the screen is the same color as the outer border, which sounds simple (and is at first) until the game gets tricky with patterns and shapes, black and white elements that change or eliminate colors and more arty stuff than you can shake a truck of sticks at.

This is one game that will take a while to complete and is worth replaying because it’s somewhat educational (or: great for kids to adults). It’s also quite stress-free when all is said and done and games can use more of that, I say. The sole caveat here is the DLC that adds even more puzzles, but each pack is only a buck extra if you really want your fix after the super soothing play you’ll get in the main game. I’d say you should pass on those extra chances for sale, but hey – that’s your call if you want to drop a bit more on a super value that should cost more. Highly recommended. 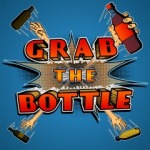 Grab The Bottle (PlayStation 4/PS Vita/Switch): Oh-kay, this one’s  a great deal more stressful and seriously weird, but also kind of hilarious and quite a bit of fun if you don’t mind a high failure quotient. The game is a trippy Sssnake variant where you play through the life of a baby born with stretchy arms up until he’s an old man. Yeah, I said it was weird, right?  From the goofy comic book art that silently spells out the story, the Monty Python-esque visual style in the main game, that weird jazzy soundtrack and minimalist sound effects, this is one of those games that rewards patience but takes some getting used to. Here’s a video of me playing and being totally crappy at this game, but note this was made a while back when I was trying to squeeze the last bit of life from a broken PS4 controller. Hey, those things are expensive to replace!

This is one of a bunch of indies ported and published by Evgeniy Kolpakov (t/a Sometimes You) that pop up as budget and/or cross-platform titles that have garnered a somewhat loyal fan base partly thanks to Trophy or Achievement hunters who can unlock them within a short period of time. This time, it’s a game from indie developer Kamina Dimension getting the port treatment and while it does have some issues (those chase sequences that demand total precision are totally annoying to a fault), if you’re in the mood for this sort of thing, it’s worth the fiver for the crazy factor alone. 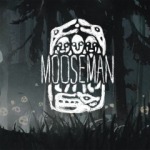 The Mooseman (PS4/PC/Switch, $6.99): Sometimes You, again. This time, it’s a port of a really impressive adventure/puzzle game by Vladimir Beletsky and Mikhail Shvachko that’s packed with optional mythology to peruse if you choose. On the surface, it’s a seemingly simple game where your goal is to get your avatar from point A to point B solving puzzles that involve dipping in and out of a few spirit worlds and trying to survive some pesky encounters. Look deeper and it’s more of a learning experience because many of the puzzles will be quite impossible unless you’re fully committed to grasping how those spirit worlds work. The game’s magnificent art style lends an appropriately ancient aesthetic and there’s an excellent score to drive the action forward.

While it’s somewhat short, the combination of art and deep lore makes this one a really fine play that may even inspire a few quirky dreams if you play it at night. You can complete the game without revealing all the lore, but it’s all fascinating enough that you’ll want to seek out everything you can or at least replay this until you’ve gotten everything out of it. There have been a few other games from Sometimes You that explore other myths, so I guess I’ll need to round up a few of those and let you all know how those play. Not now, though – I’m going to pipe down and go post this so you can check out this and the other games at some point.