Heh, oops. I had a little router issue not long after posting yesterday that had me a bit flummoxed after several restarts and too much waiting around, but we’re back on the boat and headed somewhat upstream, whee. Anyway, back to more of what you should be playing or at least looking at with a thoughtful gaze:

Forgotton Anne (PS4/Switch/PC/Mac, $19.99): No matter what you get this one on, it needs to be bought, played and thoroughly enjoyed. If the words “playable anime” get your ears perked up, you’ll be pleased to know that developer ThroughLine Games has created exactly that, as well as a love letter to the works of Studio Ghibli. A beautiful hybrid of adventure, platform and puzzle game with a bit of detective story for good measure, it’s also (in my opinion) hands down, the absolute best game to date to come out of the Square Enix Collective program which focuses on getting more indie games out to the masses. Go download and play the PC or Switch demo (the latter is on the eShop) and you’ll see this one’s an instant classic.

In addition to a memorable lead character and well-told story, the game’s visuals, voice acting and soundtrack are all phenomenal. The addition of multiple dialog choices makes the game quite replayable because the manner in which you interact with characters or solve problems alters a few plot points or closes off some paths. This isn’t a game about fighting tons of enemies, leveling up or the usual stuff you may expect. It’s a story-driven game where you’ll appreciate the quality of the finished work as you’re drawn into the plot and memorable characters for as long as the experience lasts.  I’ll go as far as to say this one is one of my favorite indies of 2018 and it should be one of yours as well. 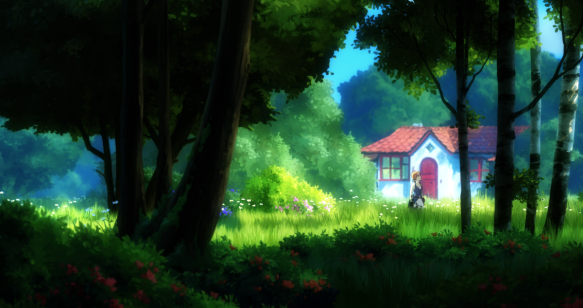 Everywhere you look, there’s something to see that catches your eye in this game.

This is a game I’d even highly recommend non-gamers have a go at, as there’s neither a life bar to worry about nor a true Game Over state. That and with a controller, even the slightly tricky longer jumps that need to be made aren’t a total pain. Just watching Anne’s animation as she gets around is a joy, and yes, the different Forgotlings are equally impressive. While this game probably won’t get a sequel, if ThroughLine wants to do another Ghibli-inspired game, I certainly won’t stop them. Hell, I’ll be cheering them on and hoping it’s as good as or even better than this is.

Also, if this ever gets a physical edition at some point down the road, I say get it just for anything art-related that comes as part of the package. Well, the game, too, but yeah, seeing more of this gorgeousness is a thing that’s necessary in a more physical over digital manner.

To paraphrase ZZ Top: “She’s got wings… and she knows how to use them…”

Soulblight (PC/Nintendo Switch, $14.99): Like your games hard as nails and with somewhat of a learning curve? Welcome to Soulblight, which may make some of you eat your Switch controllers if you go in expecting a casual time. This top-down action/sort of rogue-like/kinda RPG drops the standard experience point gain stuff for an unusual Taint system that has you equipping traits and using skills derived from them in a number of ways.

While not at all a total Dark Souls clone, it’s a pretty punishing game right from the very start, so playing the tutorials and learning the basics will go a long way in enjoying the rest of the ride. That Taint system is a very cool risk/reward mechanic that offers up challenges and bonuses for everything from being greedy, drunk, too brutal and more. What’s cool here is each person who plays will experience the game’s content flow differently, a nice touch that adds to the replay factor.

It’s all linked into the randomly generated levels and the gameplay emphasizes different means of dispatching enemies. Not at all a “hack & slash” game, blocking, parrying, grabbing, stealth strikes and Taint usage all keep things from growing too stale. Granted, you can go play the game in a somewhat lazier manner if you have mastered certain skills, but part of the fun here is dying and retrying areas using different methods.  While visually impressive, you may want to tweak the camera to lose the fisheye effect, as it can be distracting when things get hectic.

Still, as noted above, if you can hack the learning curve and get into what’s here, expect a decently lengthy game that you might find yourself hooked into for a spell and possibly a few spells if you decide to explore every potential outcome. Recommended if you like more of an outright challenge in your games and don’t mind those lessons you get from expiring frequently at the hands of some particularly pesky enemies.

Deep Ones (PS4/Vita/Switch, $4.99):  One of a whole bunch of games popping up directly or indirectly inspired by the works of H.P. Lovecraft, this BURP! Games developed budget indie published by Sometimes You (Evgeniy Kolpakov) has an interesting pixel art style that recalls old gaming computers such as the ZX Spectrum (but with some modern lighting techniques added in certain spots) has a nice way of pulling you in and down into the deepest deeps.

While a tad pedestrian, the action in the game takes a bit of getting used to thanks to it going “full retro” in terms of its controls.In other words, there’s a bit of old school input lag that you’ll get used to after a bit of practice. It’s not as bad as it sounds, though, although you might run into the occasional actual glitch when the controls don’t do what they need to when you need them to. This isn’t going to bee the deepest game you’ll play this year at all, title aside. But it manages to tickle a few nostalgic spots just right before it’s all over with.

“We’re gonna need a bigger boat…” Er, you’re underwater because a giant demon octopus sank your sub, pal. You don’t get a boat.

There’s a wordless story here about a sort of demonic octo-Cthulhu boss thing that snatches your submarine away and you kind of need to get it back or something. But this is a game where you’ll pretty much heed to go all in and play it as the simpler (but tricky) move/avoid/shoot game it is. Boss battles get a bit too difficult at times, but such is the retro game where you’re force to play things by 1980’s rules, right? That, and at under five bucks (well, unless your PSN purchases are taxed like they are where I am (boo!), this makes a decent enough purchase that’s worth a play just to see if your skills are up to snuff on the old school front. 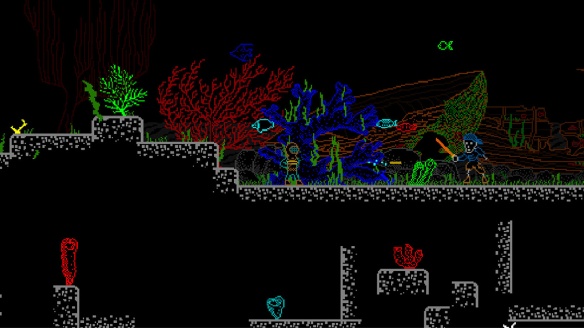 WTB: One Submarine, yellow, if possible for a Magical Mystery Tour… 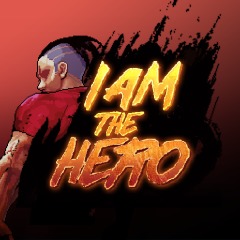 I Am The Hero (PS4/Vita, $9.99, Cross-Buy): Yes indeed, you are in this Ratalaika Games-published somewhat exuberant mash up of nostalgic side scrolling brawlers, but with a skewed camera angle that lends a nice sense of momentum to the combat. This isn’t the simplest game despite the simple controls, as enemies are pretty fierce and if you let your avatar get surrounded, you’re in for a world of digital hurt.

That said, free-form play as well as whipping out constant punches, kicks and throws in a timely manner work wonders when you’re chaining together 200-hit combos, juggling then and sending enemies bouncing around the indoor and outdoor stages. Yes, this game will have you bursting out laughing at times when it’s not getting you to almost jump up and down on that PS4 controller or Vita. Well, it’s tough but fair, as just jamming on buttons will get you put down ridiculously fast. 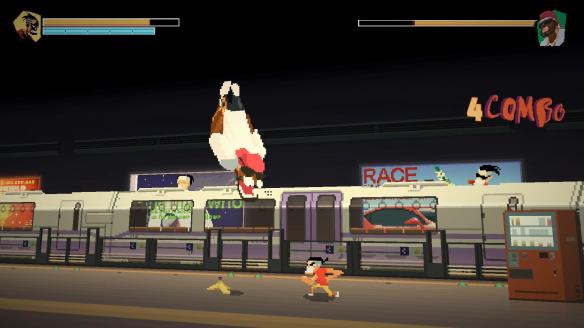 Oooh, someone’s REALLY gonna get it but good. My money’s on the banana peel winning.

This one’s a game you don’t want to take at all seriously and thanks to a bunch of amusing (but powerful) unlockable characters you can swap out while playing and some amusing story sequences, it’s clear that this one is supposed to be played for pure fun. There’s a single player Campaign, local co-op, and a Survival mode that features online co-op play, so there’s something here for just about everyone. destructible environments, food pickups (often rewarded by destroying stuff in those environments), stupidly hard mobs whenever possible and more await those heroic types willing to take the plunge.

While you can try to call the game “short” by today’s standards, yesterday’s more sensible “you’ll be back for MORE because you liked what you’ve played a lot” beats that brevity notion to death, period. That and, there are more than enough unlockable goodies to keep this in your library as a good “go-to” when you need a fast and very furious fix. Go get it or else it’ll some looking for you (POW!)

Eh, I was going to do six reviews today, but I’ll stop here just to save more for tomorrow (and yep, I ended up getting a few new review codes today, so those will need to be downloaded and checked out at some point). Hey now, suspense can be a good thing when correctly applied to certain situations, right? Riiiiiight.

Back in a bit.