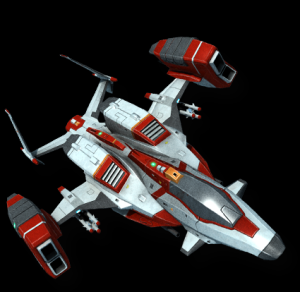 Coming up on the radar from publisher Reverb Triple XP is Project Root, an arcade-style space shooter with a nicely retro vibe and shiny modern visuals. Headed to PS4, Vita and Xbox One on April 28 after landing on Steam last year, the game packs in a few fixes over the original version as well as Cross-Buy for PS4 and Vita owners.

Developer OPQAM has added a great little twist to the usual side or vertical scrolling shmup by giving players a full 360 degrees of movement, allowing them to play levels as they see fit. If you know your game history fairly well, you’ll see that this free roaming style of shooter isn’t *new* by any means if you’re old enough to remember Thunder Force II on the Sega Genesis/Mega Drive (or Sharp X68000 PC if you’re REALLY old school*). The chance to preview the game via a work-in progress build popped up recently and yes, when opportunity knocks, an return call must be made…

Unlike TechnoSoft’s older game, you’re not constantly in motion. Project Root opens with a brief tutorial that shows you the ropes. Movement is handled with the analog sticks and shooting with the right (standard weapons) and left (ground weapons) triggers. Once acquired, special weapons are activated with the Square button. This simplicity in control works wonders and the control you have over your ship makes this one fun game to dive into. Some of the more hardcore shmup fanatics are griping that this “isn’t really a shmup” because you’re in control of movement and there’s no scrolling taking place that forces you into dangerous situations. Nonsense, I say. The game IS a shooter and one that offers up a freedom of movement that makes it highly replayable yet still quite challenging. 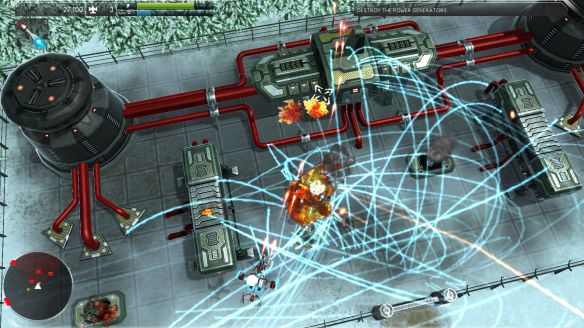 As you can see, the game looks pretty darn good in screenshots and it’s even better looking in motion. Enemies certainly aren’t sitting around waiting for you to blast them into space dust. There’s enough ordinance coming at you to make you think twice about zipping through the game in a single sitting right away. Yet the game also has an Easy mode for those who want to take it slower and simpler for a bit. So far, gameplay is fun, things look great and enemies are devious like Xevious when you’re Raiden them hard enough and they hit back harder. It’s great to see the arcade shooter not die out as a genre thanks to indie developers like OPQAM who want to keep it alive for a new generation to discover. A game like Project Root is just “R-Type” of experience that will hopefully attract players of all skill levels with its modern take on classic gameplay.

A full review of Project Root will drop here once the release date lands. Put this one on your own radar if you’re a fan of the genre looking for that next fix.

*(if you’re REALLY old school you probably remember there was an original Thunder Force for a few Japanese computers and consoles, but good luck trying to track that down.)