I did a double take at first because I hadn’t seen the trailer when I found this out and thought for a second this was a new game with both characters in it. Nope, but it’s still thrilling news here for PS4 fans who didn’t pick these games up when they came to PC or when they debuted earlier on certain consoles. To be frank (Hi, frank!), I know I’m going to prefer the new console versions over playing on PC if the frame rate is stable and I don’t need to sit there and tweak settings to get something acceptable. That said, I may need a PS4Pro at this point just for the performance upgrade alone, *sigh*.

Ah well, we’ll see what happens with that particular wallet fight. In the meantime, PlatinumGames, you keep on what you’re doing – I’ll see you in February. 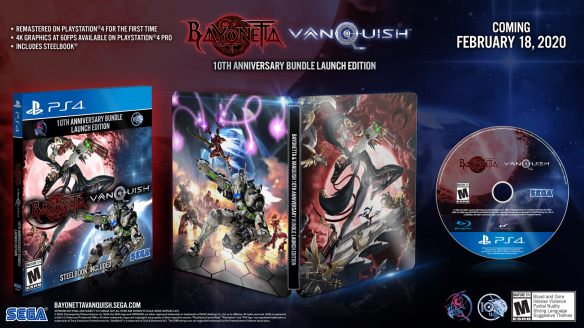 Talk about a certified Platinum hit…

1 thought on “Bayonetta and Vanquish Come to PS4? Sign Me Up!”