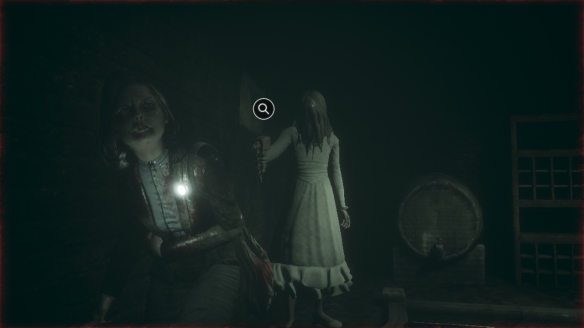 While it’s been out a few months, I held off on my review of Remothered: Tortured Fathers on Nintendo’s console because it had some major issues and I decided to hold out for a patch, of which there have been two released. I’d initially played though the most of the unpatched version, but the game had some awful visual, gameplay and interface issues that made it quite a test of endurance, particularly in docked mode where visually, it was sub-par to the point of looking like an early PS2 port in some areas where detail took some major performance hits. It was still a scary as hell game experience, mind you. But things were definitely in need of fixing and nope, playing undocked didn’t help much either.

Fortunately, Darril Arts and Stormind Games got this some much-needed love on the patch front, as a number of visual and lighting improvements, UI tweaks, and more now make it a lot more palatable. There are still a few smaller issues, but the game is certainly now well worth your time if you’re re a fan of its uncompromising psychological horror. You play as Rosemary Reed, who’s investigating the mysterious disappearance of a young girl some years earlier. Initially, she makes her way into the gloomy Felton mansion, but after a brief time poking around, she’s kicked out when things aren’t as they seem on her front (no spoilers here, but watch the trailer). When she sneaks back inside, she continues her investigation and finds… well, let’s just say, a lot more horror that she’s anticipating, a whole lot more madness on display and plenty of “holy $#!+” surprises. Well, as if having a near naked, apron clad madman coming after her isn’t frightening and surprising enough.

Going in totally cold is the best way to experience this one, so I’m being intentionally vague on purpose. I will say that you should choose to explore the mansion without a walkthrough if you want the most back for your buck. I found out when looking up the solution to one puzzle late in the game that some players are bypassing rooms and secrets entirely in favor of the fastest way through where you get to parts that get you where you want to, missing out on some scary bits and surprise jumps. I went all in on this from the beginning and yes, indeed, got a few leap out of the skin moments where I was afraid to move from some spots, but had no choice when certain encounters necessitated a hasty exit. I’ll also say the music is outstanding here because it drives home the point that the Felton home is somewhat of a insane place where you get a little extra memory jog while jogging around.

As a smoker, Rosemary is prone to getting winded if she runs too much, she’s wearing nice but not-so sensible shoes here, and yes, that skirt it a bit too confining for sneaking around in. As the game is set in the 70’s, there are no niceties like cell phones and other items we take for granted these days. Rosemary needs to do what she can by using items found around the mansion for defense (and occasionally, a weak attack or diversion). Part of the fear here comes from things not working as they should (suddenly collapsing shelves, for example) or an enemy being too close or closing in as you’re trying to hide or escape. In English, the game can be as scary as hell when it gets you hooked in. 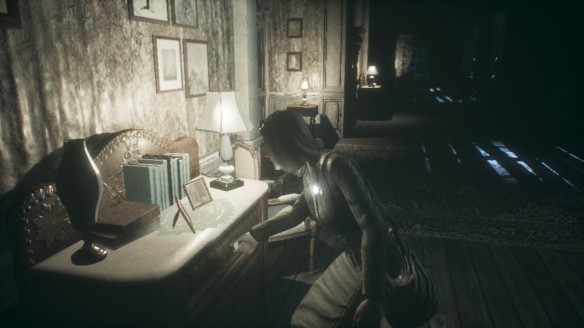 So, Rosemary… what’s inside Drawer #2?

Plot-wise. the story spools out its horror themes quite well, introducing some unexpected enemies and elements into the narrative that will have your head spinning. While the chase scenes and scares are reminiscent of some of the Clock Tower games, the level of polish is superior here, even with the Switch’s visual issues in this port. With no heavy weapons to speak of, it’s all wits and hiding when confrontation rears its hideous head. Running away is also a thing, but you can often get away from danger using a mix of distract and dive under or into something to disappear if you have enough distance to do so. Don’t be surprised when it fails because you’re using the same spots too many times. though.

The game is decently lengthy if you go exploring the mansion and getting into trouble as little as possible (which isn’t easy, mind you, as you’ll get into trouble frequently if you’re careless). Some areas won’t unlock until you explore a bit and find keys and other means of getting past, but there’s hidden lore in spots and you can use all three save slots here if you want to play from a spot and make some out of the ordinary choices. You may die a lot in the process, but you’ll also enjoy the ride this “pure and realistic” survival horror game delivers. 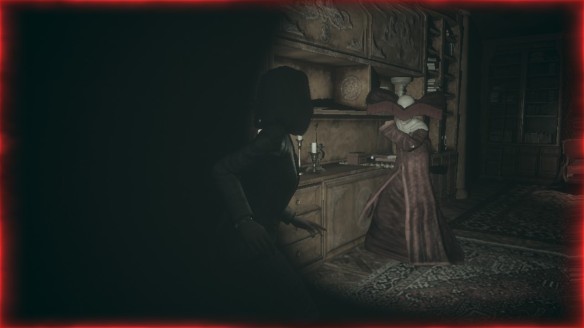 Ooh, it’s the old pincer move (Rosemary here is running from one menace when another suddenly appears.)… Great. Mommy!

Funny thing, though… MY idea of a “pure and realistic” experience would be me getting the hell out of the scary house and catching the next bus home, but that’s just me. Rosemary Reed, you’re something else, that’s for sure. While it’s got a few flaws in the presentation, it’s now a much better looking and playing game you’ll want to give a shot if you’re a horror fan who’s missed out on this. Those who’ve played this on other platforms may find it visually lacking on a few fronts, but it’s all here and still packs a punch for the non-jaded ones out there.