Creepy is coming a third time (and to consoles at some point, too).

I was jumping under the furniture a while back when I first played indie developer Airdorf Games’ Faith, a very frightening game that blended old-school visuals and the sheer shock of horror and jump scares plus some clever use of synthesized voices, all in the service of terrifying the player. Let’s just say it worked, as I’ve had the second game here for a while on my laptop, but haven’t touched it since I downloaded it. My excuse of having too many games to play in my backlog keeps me hiding from that sequel, but it’s now the case where there’s a third game in the series coming soon that’s probably goijg to get me to play all three in one shot.

Or, say hell-o to FAITH: The Unholy Trinity, coming to PC and eventually, consoles:

As you can see, it’s pretty unsettling stuff when you get hit with the blending of old and new here. There’s a nice layer of crazy here when the game comes at you and you don’t know what to expect next, but this is good in a game that’s a mix of horror, adventure and a few abstract elements that will have you hooked in and trying to run away simultaneously. Go wishlist this this one if you’re into the horror stuff – it should run on most Windows 7 and up (64-bit) PC’s with zero issues. I’m going to hold my breath until I turn blue that this is coming to consoles sooner than later (starts holding breath). 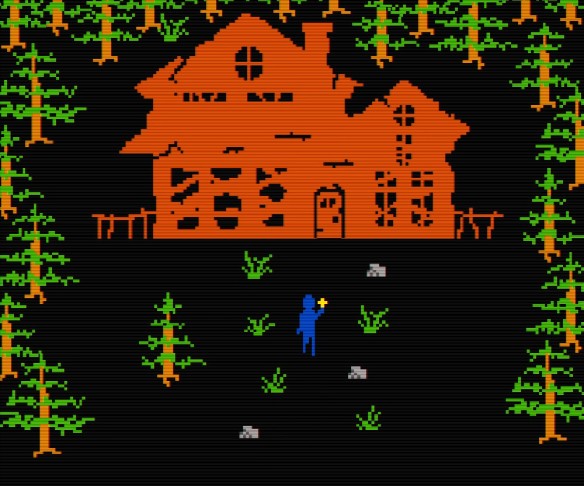