I’d actually heard of GameTomo and GameCrafter Team’s Project Nimbus: Code Mirai a while back when poking around on the PlayStation Store looking for stuff I hadn’t yet tried. That mix of Mobile Suit Gundam, Macross, and Ace Combat the description promised caught my eye (ow) and as my backlog was a bit overstuffed, I wishlisted the game for later.

Interestingly enough, a friend had picked it up last week for his PS4 and just so happened to invite me over to check the game out which proceeded to knock me for a few loops at how polished and thrilling it was. So, here we are, looking at news that there’s a Switch version on the way that has all four chapters plus additional content set for a May 16, 2019 launch.

Here’s a teaser to whet that mecha-craving appetite of yours: 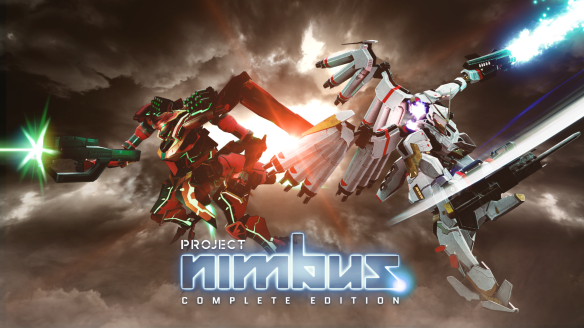 This bot’s for you (ha and ha). Hey, I don’t get paid for my crummy puns, so you get them for free. You can always pay me to stop, you know…

Fly the most advanced Battle Frames ever created through a series of breathtaking environments, from ocean fortresses to cloud filled skies to the blasted ruins of Earth’s greatest civilizations.

Continue the story of Mirai, UCN, CFN and the Children of Fallen Nations as the fight for peace on Earth continues, ending in an epic battle for the salvation of humanity. 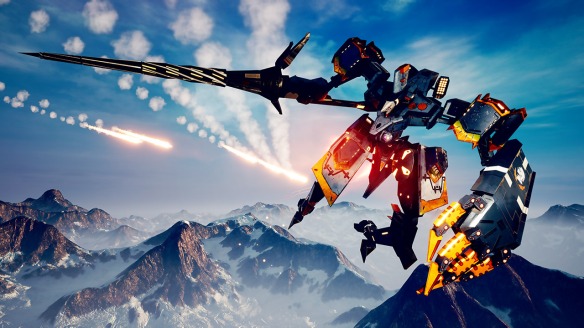 Here’s when you get all “Ha-ha, ya missed me!” before you cross your fingers and toes those aren’t homing missiles (oops).

WARFRONT mode includes massive replayability with six unlimited mission modes including Base Defense, Interception, and Assassination. Six levels of pilot (including Legendary) and Battle Frame customization will keep you playing for hours more.

Somewhere, someone’s about to yell “I have not yet begun to fight!” even though they’re about to do down in flames.

In terms of content, that price point is excellent as you’re getting what’s looking like a good deal of game for that low price point. We’ll have to see how well the game performs in both docked and handheld mode, so the patient wait for a review code begins as soon as I finish this post. 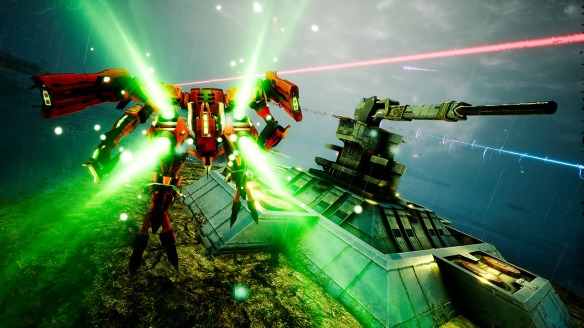 Nope, those aren’t fancy hi-beams being flashed your way. Or do you not see all those holes in your mecha? Hope you have a parachute, pal.