Ever have one of THOSE days?

While I won’t be totally going this way in terms of reviewing bigger and longer titles, I’m finding it a nice challenge to play some of these shorter games and write less about them while trying to convey in a few sentences (well, two paragraphs) how well most of then do at delivering sometimes unique, sometimes similar gaming experiences to those that pick them up. Some of the games in this series might seem like just easy ways to earn fast trophies in a few minutes, but often there’s quite a bit of replay value under the hood or you get games that may SEEM simple on the surface unless you take a closer look and see what’s what. Granted, in some cases, a few things work better than others as you’ll see below:

Back In 1995 (PS4/PS Vita Cross-Buy, $9.99): Very much an intentional visual, aural, and gameplay throwback to the 32-bit era, indie developer Throw the Warped Code Out (Takaaki Ichijo) has recreated a game with both the look and feel of those old days of “tank” controls, fixed camera angles, and oddball “what the hell is that weird blocky thing coming at me?” monsters. While the game has flaws in storytelling and seems more meta exercise than “serious” horror game, the best thing to do here is take away more of the former meta feel than the latter serious horror thing and enjoy it for the nostalgia factor if you remember those not-too far away days. Ratalaika Games handled the console ports and publishing, but this one’s not your average easy Platinum, that’s for sure.

If you don’t remember or even like that era, expect some confusion and likely, frustration here. The game doesn’t break any new ground and isn’t supposed to, and I’ve the feeling that Ichijo was going more for evoking an particular atmosphere and sense of time more than making a game that would be “perfect” at the end of day.  It’s sort of like the scent of something familiar from the past one might recall when walking into a room, but it might end up not being a favorite scent when you stop and remember everything good and bad about it. I got it right away, so I’m scoring it accordingly with the big caveat that it’s not going to be everyone’s cup of tea. 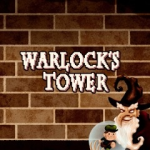 Warlock’s Tower (PS4/PS Vita Cross-Buy. $4.99): From indie dev Midipixel in Rio comes this really fun and brain-bubbling puzzle game where every move counts. The Game Boy vibe rules here throughout, with graphics, sounds, and music that are era appropriate (the game also uses a monochrome color palette in some stages for added effect), and you’ll find that replaying is a absolute necessity because some trophies take more work than others (sorry, fast Trophy fans, this one deserves better than a “one and done” play). In terms of gameplay and plot, both are clever, indeed. You play as a mailman trying to deliver a letter in a rather perilous tower where your limited in the moves you make by the numbered icons on each stage. There are a few indie game guest cameos here, but you don’t need to know who every one of them is (but it helps if you recognize them because it means you go outside the AAA lines a bit every so often).

While sounds basic, it’s case where playing the game (sans walkthough, please) is extremely challenging and earning those assorted Trophies can be really tricky at certain points. Darkness, traps, doors and lots of other things will hinder your progress in some stages. Solving this one takes a bit of time if you’re not cheating, a few puzzles can be figured out with multiple solutions, but some take tougher “one route or else!” means to complete. Overall, it’s a really finely made game that’s well worth a play, especially if you like brain teasing puzzlers with charming graphics and sounds. This one feels like a lost puzzle game from back in the day. Recommended! 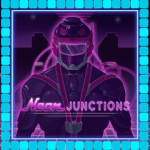 Neon Junctions (PS4/PS Vita Cross-Buy, 4.99): Kind of a slower-paced Portal like derivative with a sort of TRON like visual aesthetic, this puzzle-platformer from 9 Eyes Game Studio (ported by Ratalaika Games to console) is pleasant on the eyes, has a neat synthiszer filled score and doesn’t take too long to get through. That said, a friend who popped by as I was playing noted that the game really could have used a color-blind mode or even shapes on the colored blocks and some other objects, as he’s color-blind but often plays puzzle games that have that mode enabled. In any event, this one also could have used either a random level generator or a level edit function, as it’s way too easy most of the time. Trophies drop like spring rain and you can kill time for about two hours (or, a good deal less time if you cheat to get those trophies).

Things start off simple enough, and puzzles are pretty easy, although a few jumps in difficulty will slow some less skilled players down if they can’t figure out a few things. The main issue is once you’re done here, the game doesn’t have much replay value unless you’re letting someone else take it for a spin who hasn’t played it before. Some of these budget games hide their replay value in plain sight where the title is so enjoyable that you might find yourself coming back for more, but this sure isn’t one of them. For Trophy hunters, it’s boon, though. Those new to puzzle games can add a point because this might be up their alley.

Cybarian: The Time Traveling Warrior (PS4/PS Vita Cross-Buy, $4.99): This really retro Ritual Games-made title comes to you courtesy of Grab The Games and Ratalaika Games, but be prepared for the hard as nails difficulty, as this isn’t a simple beat ’em up/platformer at all. While plenty of Trophies will be dropping early and often, the game is pretty brutal, offering up old-school arcade difficulty (and quick bits of humor in some areas) where even Easy mode is rough going and a hefty amount of challenge. There no timer here, so you’ll need to be as cautious as possible when you’re on the attack, but also move fast when enemies and bosses come for you. The game also packs in a few secrets, so try everything to get a few unexpected Trophies to pop. Well, when veins aren’t popping on your forehead. Did I mention this game is hard?

Beating the somewhat tricky bosses here unlocks new moves which come in handy, as enemies pull no punches and come well prepared with withering close and ranged attacks that knock you back and briefly stun you each time, as will spikes, explosive blasts, and pretty much anything else. Still, the game is pretty polished in its old-school  way (it looks and feels like an arcade or console game from the 8o’s), leaping out at you with its retro graphics, music and some superb sound effects, so you can die multiple times and restart levels all over again until you nail them. Granted, this one may be too hard and frustrating a segment for younger to older gamers, but I’m betting a few will beat it anyway because it’s a case of those players coming back for more and conquering this just to say they finally completed it. 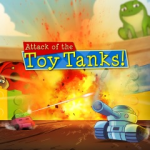 Attack of the Toy Tanks (PS4/PS Vita Cross-Buy, 4.99): Well, ouch. I grew up playing lot of Tank in arcades and later Combat on Atari 2600 and a few other tank-themed titles such as Battlezone, Armor Attack and Battle City (and so forth and so on). This game from Petite Games and Ratalaika both fascinates and frustrates me to no end because it looks like it’s made for kids what with the toy theme and 60 short levels, some with traps, lasers and turrets to avoid as you play. But some of the AI is a bit loopy (literally) in its driving patterns and the game feels like a difficult uphill slog thanks to a few issues. For one, the enemies are all dead-shot perfect and they also fire ordinance of a few types which just makes getting a bead on them near impossible when you’re simply trying to move your tank out of danger first.

There are two control schemes here, but neither feels exactly right, especially in this age where every button should be configurable on a controller. That said, progress can be made with a bit of practice (levels can be generally completed quickly), but the game just feels off and a bit too hard at times. A second player on the couch would be helpful in distracting the enemies, but alas, there’s only a versus mode here so both of you get to fuss around with the controls and fight each other. Overall, it’s a chore to play this  (really, the controls need to be fixed), but with a bit to a lot of practice, you can get those trophies dropping and only die a few less times in the process. Also, the game needs more weapon variety for players, as you’ll be outgunned and teamed up on whenever possible (like, every level).

Sagebrush (PS4, $5.99): Where Back in 1995 above felt more like an art project, or memory of games past, Sagebrush pulls off both the look and feel of a PS1-era game, but has more of a purer adventure game aesthetic in that it’s near-perfect in conveying its mood and somewhat unsettling story on the PS4. It’s a really short, really gloomy slice of haunting life as you explore a dilapidated ranch where a cult went through its final throes before a mass suicide, and you’re just there to discover what happened to the people there way after the fact. The sense of loss and emptiness comes from the assorted tape recordings, (the vocal work is outstanding), notes and items you find in your search, some of which open new areas as your short but intensely moody visit eventually concludes.

Despite the creepy darkness that comes with the sunset in the game, there are no “monsters” here (well, the tapes and notes do a good job in revealing that cult leader was really a piece of work). But the game is completely engrossing from start to finish as it layers in subtle to more obvious scariness that grows as night falls and the evidence of the fates of the cult members gets grimmer. Kudos to indie developer Redact Games and for making this one initially on PC and Ratalaika Games for porting it to consoles. It might be another VERY short game that packs in a few trophies, but it’s one of the best ones from the publisher because it stays with you long after you’re done, which kind of (but not quite) makes up for the hour it takes to play through it.

-Review codes provided by the publisher