Well, this one’s a total surprise to wake up to. Sure, I knew we were getting a sixth* Earth Defense Force game from D3Publisher and developer Sandlot sometime this year (and yep, those busy guys really need to update their main website!), but there’s a also an all-new digital-only EDF game spinoff starring Wing Diver (aka Pale Wing here in the US) on the way to PlayStation Network (it’s a vertical arcade shooter!) as well as another EDF game in the works coming in 2018 from veteran Japanese developer Yuke’s that looks to be a more dramatic take on a series known for its campy voice acting but tough as nails gameplay.

(*not counting the portable versions) 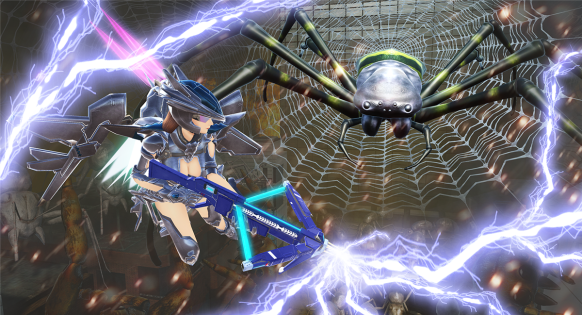 A few weeks back I’d read elsewhere about Earth Defense Forces 5 getting delayed so it could be polished up a bit more, so that December 7, 2017 launch date most likely means we’ll be getting something that’s as good as possible that might require a patch or three (which is part for the course these days). While I know some fans think the series’ longtime quirks such as a shaky frame rate, a few gameplay issues (e.g. spider webs and acid spray zapping you through walls) and other minor to moderate issues are also par for the course, it’s the year 2017 and hopefully Sandlot has optimized EDF 5 to be less janky. I’m also hoping the game will get a simultaneous worldwide release (or at least see it here before the year is out), as I’m crazy enough to import it if need be as I did with a few earlier titles in the series. 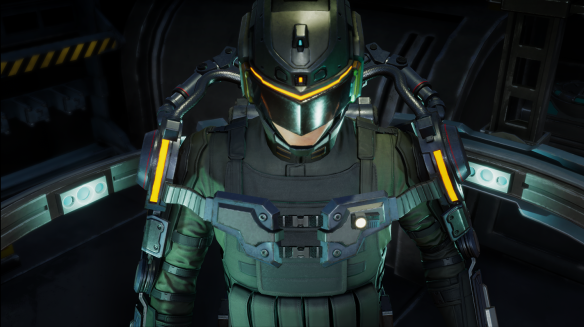 As for Earth Defense Force: Iron Rain… wow.  For those not in the know, Yuke’s has been around for a while and has an interesting body of work from racing to wrestling games, RPGs and even a few licensed movie tie-ins. If that trailer is any indication, Iron Rain’s Unreal 4-powered visuals and more serious tone might give the long running-franchise a closer to AAA quality. However, that quality bump also means the game will be very likely overly scrutinized by AAA game fanatics looking to ding the dev team around for any perceived issues. Me, I’m going to be all over this like it’s my new best friend.

In the meantime, the wait begins…