The Chaos Engine, or Circle of Life in action, if you will… 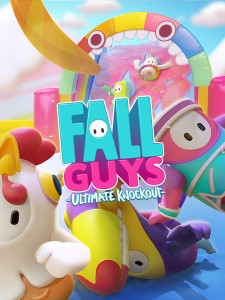 Well, this one’s a pleasant and goofy surprise. Sometimes the silliest and most simple games ideas just work and Mediatronic’s Fall Guys: Ultimate Knockout ($19.99 on Steam for PC, Free this month on PSN) reinforces this perfectly. The 60-person enter, one person wins element is pure battle royale insanity (a genre I usually avoid), it’s weaponless mix of puzzle, sporty and trap packed levels offer up some tough and hilarious navigational challenges and overall, it’s just about as good as it gets for a game of its type.

Sure, there are micro-transactions here, but they’re not at all necessary to jump in and start playing. You can get some cool cosmetics with currency earned from just playing the game, or you can pay real money for stuff if you’re in a hurry to look cooler as you fall or get knocked off assorted hazards multiple times. In other words, there are no performance-enhancing purchases here (so far and I hope there won’t be in the future). Besides, the developer and publisher need to make SOME money with this one, but it’s actually nice that PSN users at least get to more or less play free and not choose to pay… well, until they need some of the stupidly cute skins and outfits that pop up.

It’s all fun and games, especially if someone gets cartoon hurt.

A constantly rotating set of 24 levels means you can’t predict what’s coming, but loads of dying and plenty of practice await. You just need to hope you can survive the chaos as it happens. Yes, there are some super-skilled players out there who can dive and dash through areas and as you play, some tasks get easier to plow through than others. But the lack of voice chat thankfully keeps one’s ears from burning off from what I’d imagine is some hefty amount of creative cursing taking place at some ignominious last second defeats. Although, yours truly actually screamed “Oh, Bugsnax!” at my TV after one terrible but funny loss because I’d exhausted every curse word I knew and that upcoming PS5 game’s name just popped into my head.

Then again, this is a game where you’ll watch someone winning a match and then lose it by accident when a platform vanishes suddenly, or they get beaned by a falling slice of parachuting fruit. Some players seemingly try to take out other players by lurking near an exit (grrrr!) and lunging at them or maybe hoping to be as threatening as a giant jellybean in a funky getup can. It’s all good though – sometimes you get the last laugh (well, until you lose in a future round) when the game decides to drop random survivors at the results screen to get the next stage kicking.

While some pesky server issues have made some sessions bumpy to temporarily non-existent, I say such is the nature of even more sudden popularity over my just dinging a score harshly for technical issues. When it works (so far, there were only three sessions where I couldn’t connect out of over two dozen) or it took longer to connect than I’d expected in a few cases, the game is still hilarious and fun. It takes a bit of time to see every stage, so you’ll have to recall quickly what strategies you used in some games or play with/against the mob as they’re whittled down. Everything is challenging on the first few runs, though. When the PSN launch happened, I got an email from a friend asking for tips on the game and I had none to offer save for “Practice. A lot.” because I was still downloading the game. I think he thought I was hiding something. But amusingly enough, he won two rounds before I even got to play for an hour. The bragging that followed on that end, folks…

All the games such as Door Dash, Fruit Chute, Hex-A-Gone, Egg Scramble (et cetera) require a combination of luck and skill from replaying them and hoping the end level results RNG adds you to the surviving players if you complete a stage out of the running but still finish. You can also be a cheap as hell player and exploit some levels to force other players to their doom. Take it TOO seriously (you shouldn’t at all) and the ‘anything goes’ philosophy may seem part Ben-Hur, part Running Man, but with all cartoony tumbling, slime pools and countless laughs. Okay, I overthought that a tad, but I’m old and have too many references in my head.

Considering that this arrived on PSN this week and was played to see if it could snap me back into writing more entertaining fluff for a bit, I’d say the game was quite successful on that front. Which also means I seriously need to catch up on the backlog here, as it’s somewhat daunting. But, sometimes it takes something as bonkers as this to kick start a scribbling revival, so yes, thank you, Mediatronic and Devolver Digital for the timely reminder that everything isn’t all gloom and doom, but winning is stupidly hard because it sometimes needs to be (grrrr!).  Nope, I haven’t won a single match yet, but it’s been pretty darn close a few times.

Circle of life, folks, Circle of Life. Recommended, of course. 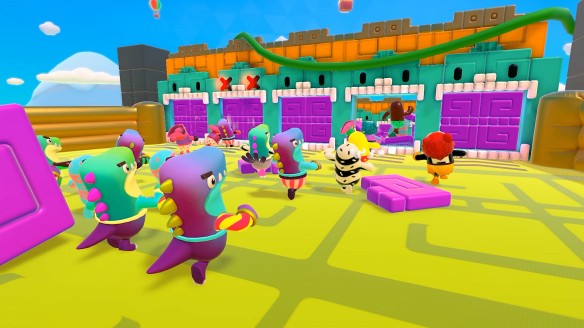 This will turn into a Dragon Bawl game really fast, ha and ha-ha.