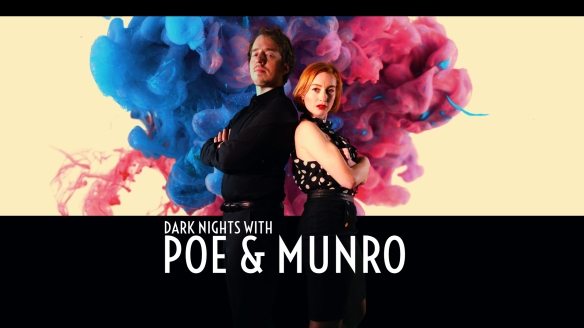 It’s back to August, but in May…

D’Avekki Studios (The Infectious Madness of Doctor Dekker, The Shapeshifting Detective) has been up to it once again, making another smart, sharp, moody and mystery filled FMV game that’s bound to keep fans pleased as punch in these crazy times. Dark Nights With Poe and Munro is on the way to PC via Steam on May 19th, with a console release coming later. I’ve kept myself away from any info on the game as I did with The Shapeshifing Detective because going in totally blind works many wonders when exploring a game such as this. I still need to dive into that Doctor Dekker game, but my backlog is glowing at me from above (the stack of stuff to review here is rather imposing!)

As to what “this” is, read on below the jump and no, it’s not a time traveling game featuring Edgar Allan Poe teaming up with Caroline Munro (although, now that I think about it, that would be something else to see, wouldn’t it?). 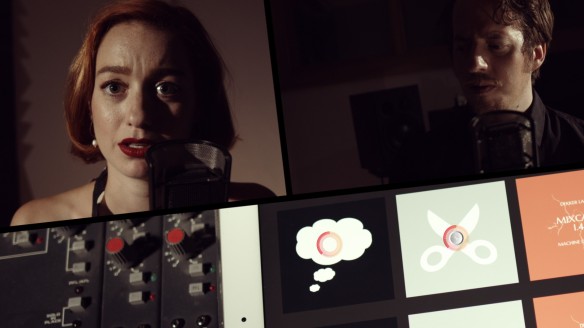 You could say that device is a… Mystery Machine (ha!).

WISBECH, UK (1st MAY 2020) — Indie developer D’Avekki Studios is thrilled to announce today their much-anticipated FMV-TV game Dark Nights with Poe and Munro will release on Steam for PC and Mac on 19th May 2020.

Dark Nights with Poe and Munro is an FMV adventure in six TV-like episodes focusing on the chemistry between local radio hosts John ‘Poe’ Pope and Ellis Munro as they encounter a series of supernatural happenings in the small town of August.

The announcement, which comes a year after the studio started developing the game as a standalone prequel to The Shapeshifting Detective, is accompanied by a 2-minute official launch trailer which can be viewed here:
https://youtu.be/YQzXmgxaVLs

“We’re very excited to be bringing players back to the world of August, in our biggest budget FMV game yet,” says D’Avekki Studios director Tim Cowles. “Watching Poe and Munro sleuth their way through each mysterious episode is a captivating and cathartic experience, which will hopefully provide some enjoyable escapism for people right now.”

Klemens Koehring and Leah Cunard reprise their roles as Poe and Munro respectively, and FMV fan favourite Aislinn De’Ath cameos as guesthouse owner Violet. There are also guest voiceovers from Justin McElroy (The Adventure Zone, My Brother My Brother and Me), Jesse Cox (Monster Prom), David Homb (1995’s Phantasmagoria), and many more.

A few more screenshots? Sure, why not? it;s my birthday, but I’m giving out the presents here:

Well, now. Let me see if there’s any cake somewhere around here. Back in a bit…