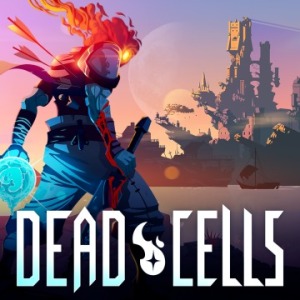 Bordeaux, France based developer Motion Twin’s absolutely superb Dead Cells ($24.99) is exactly the sort of game that belongs on a disc in a case with a manual you can whip out and peruse as you play. I’m tossing this out there because the game truly feels like one of those instant classics you want to come home from a long workday and unwind with. As in walking through your front door, kicking off your shoes, tossing your bag onto a chair and going through the whole ritual of opening a game case, popping that disc into your system (or game card if you’re a Switch owner) and settling in for a solid play session.  The game blends its influences marvelously and (as much as I despise the term) is indeed one of the finest “Metroidvania” style games to date. Actually, the developer calls it a “RogueVania” which is a bit better, but whatever – this one’s a must buy no matter what you prefer calling it.

In a nutshell, you’re playing a rather dead but reanimated (and excellently animated) immortal character who needs to survive a treacherous trip through a sprawling series of randomly laid out themed levels. Before you get all twisted out of shape thinking of games that get this randomization wrong, this is one case where the dev team nails it. When you die (and you will die early and often), the game sends you back to the beginning of the map you bought the farm on and upon restarting, you’ll notice the layout has changed but you’ll face off against the same enemies while retaining learned skills.  It’s a dash of what you’re expecting (Castlevania, Metroid, Demon’s Souls, assorted roguelikes and roguelites) with some nicely implemented dark comic touches that add some great humor to the game. No checkpoints means you’ll need to learn to survive by playing and replaying sections in order to die less (or not at all). But each death ends up meaningful for a few reasons you’ll eventually discover.

ELITE means your buttocks will be neatly cleaved off and handed to you if you’re careless. This game is tough as hell, but fair when you know how to deal with enemies.

Controls are responsive and fluid, but you’ll want to learn and perfect that dodge roll along with whatever weapons you choose as you play. Some doors are destructible, which can lead to a demise or two if there’s a powerful foe in the vicinity with ranged attacks or some sort of shield that forces you to think before you react. Other doors require money, good timing or special keys to open. That said, lightning whips, weapons that cause bleeding, burning, freezing and other ailments make combat always thrilling. I absolutely love that arrows return after a short time so you can’t just shoot constantly lest you end up with no ammo when you really need it. Mixing in both ranged and melee attacks while getting a bomb toss in when necessary will be a big bacon saver, as will paying attention to enemies that can harm you from a distance using a few methods.

At the beginning you’re armed with a basic sword and can pick from a bow or a shield as a secondary weapon. But you’ll discover better much gear as you go including blueprints you can transform into some excellent (albeit temporary until you die or swap them out) replacements. There are a few interesting NPCs to meet up with that offer a bit more comic relief (although I did initially think that massive shopkeeper was going to attack me if I didn’t buy anything). Every bit of data is important tracked by one character so you’ll have an accurate record of your progression. You earn money to buy weapons and Cells used for updating are earned by taking out enemies, but lost upon dying. Keeping your character alive from floor to floor works in keeping your Cell count up which means you get to buy those upgrades sooner.

(That’s me, being very bad at this game)

As expected, there are a few very cranky bosses to deal with and yes, they’re going to be whipping you into a pulp every single time until you get their patterns and can deal with their generally relentless assaults. Overcoming them brings a super sense of relief with that adrenaline rush, another notch on the belt and even more interesting things to see. One of the quirkier bits slow players will need to deal with out of the gate are areas that will be closed off if you spend too long in a stage. I’m not at all a speedrunner these days, so there were four locations I missed out on either because I chose to continue a stage over restarting the game (despite restarting allowing you to keep any skills earned).

That said, when you do zip though the maps, you can actually get through most areas pretty quickly at the cost of missing some hidden secrets. Conversely, you may end up on a map where you’ll cut through enemies on the fast track only to discover a hidden area near enough to the exit that you’ll snap into a huge smile for being lucky. Personally, I’d prefer to have the option from the start to shut off the timer just to have more freedom and less chance of being locked out of areas. The game is so good that it begs to be explored to the fullest, especially since the map layouts cycle enough that it seems you might not see all of them on a single run even if you keep dying on purpose (but I could be wrong here).

Death from above! The ultimate head *boop!* about to happen. Taking out enemies this way will save you a ton of trouble (as long as you don’t miss).

Completing the game unlocks some nifty extra stuff (you’ll see) and makes sure this one stays in the play stack for a bit longer that you may think. There are very few flaws with this game (the biggest one is mentioned above), which is a nice surprise given all the other games I’ve played that need numerous fixes post-launch. Motion Twin really thought of everything and put this together with care, making a very highly replayable and absolutely gorgeous pixel art masterpiece. Dead Cells is pretty much flawless in intent and execution and that’s going to be hard to beat when it’s time for whatever awards it’s bound to receive rolls around. Me? I don’t give out any awards because I can’t afford to get them made and I kind of prefer playing great games such as this and tipping a cap towards dev teams who make this hobby well worth the time spent playing games that keep me with a too big grin on my face.

And oh, by the way… you can indeed get this game on a disc or game card if you own a PS4 or Nintendo Switch. I have the feeling I’ll end up with this twice because it’s a game I actually don’t mind owning more than one version of.

Do you like bowling? Well, that’s not quite what’s happening here, but you can pretend it is if you like. Me? I’d prepare to get the hell out of the way.