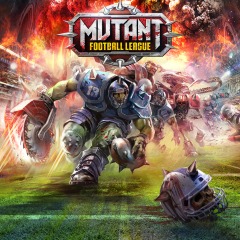 Okay, confession time (again), For the record, I really don’t care for most professional or what’s positioned as “professional” sports these days. Now, I’m not  completely against your own sports or sports entertainment choices, mind you (if you love what you watch, I’m not stopping you at all). I actually used to be a lot more physically active and have played a bunch of team sports over the years and yes indeed, even had a few favorite pro teams for a number of decades. That said, as I’ve grown older I’ve found myself not caring about overblown, over-hyped event sports as bread and circus spectaculars in the grand scheme of things partly because it only takes a few crazed fans acting up to kill interest in what should be a less mentally stressful entertainment experience.

That said, I could play Digital Dreams’ killer Mutant Football League (MFL) all day and not grow tired of it. This one’s a “Shut up and buy it!” game if there ever was one and if you’re a fan of more arcade-like games in the NFL Blitz vein or recall playing the well-aged but still hilarious Mutant League Football back on the Sega Genesis, this one’s going to be right up your dark alley and waiting to club you on the head and swipe $20 from your wallet before skipping away whistling. Since your cell phone wasn’t lifted, when you’re back to a conscious state, do call up a friends and invite them over for some solid co-op action, online play or hell, even just to spectate and cheer at the mayhem on screen. 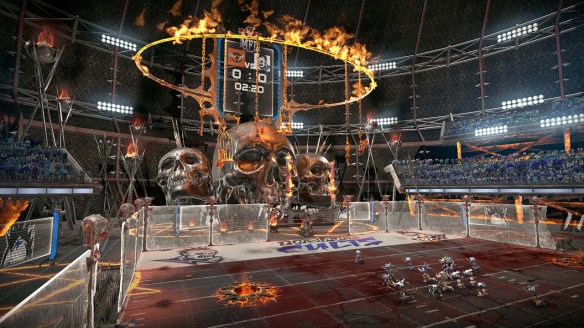 While initially daunting if you’re not a big sports fan, the game is actually pretty darn easy to hop into thanks to a bunch of tutorials and adjustable difficulty settings. Sure, you can even set up a CPU versus CPU game and watch the action unfold. But for best results, playing and losing until you win a few games is the best way to learn the ropes. Fans of the Blitz and Madden games will get what’s what right away, so this also makes a fine gift purchase if you the friend or other of an fan of bone-crunching arcade style gridiron greatness. When you’re not cracking heads, you’ll be cracking up thanks to the game’s brutal sense of humor, ear-searing profanity and some pretty awesome play-by-play commentary. Oh, and it’s got explosives, shotguns, buzz saws, mines and some pretty dirty tricks you can whip out on your unsuspecting (or even suspecting) opponents.

This is also one of those accessible games where you can play dirty and get away with murder on a few fronts. Yes, dispatching other players and even a ref or three is part of the fun. But you can also play a cleaner and less violent game (and even bribe that ref) if you like. As a straight arcade game it’s a total blast, but add assorted weapons, environmental effects and other action game surprises and you get a game that’s endless fun a few yards at a time. Pretty much everything is polished and tuned to perfection here and I’d even venture the opinion it’s a lot more fun than the last Madden game I played (although that was some time ago). As violent as things get, the game generates more than enough laughs and tactical thrills to be quite the crowd pleasing chunk of fun (he noted, having to have kicked a few too happy play people out so he could write and post this quick review) 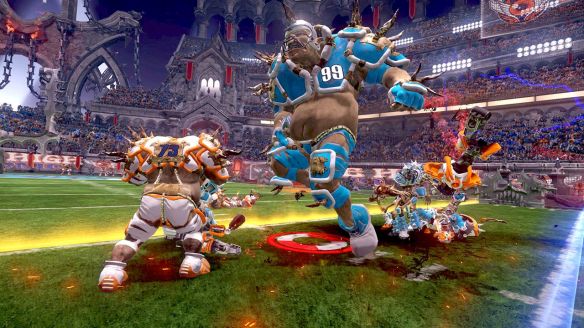 If you play against the CPU, expect to see a few team types from weaklings easy to score on (once you get the hang of the controls) to overpowered brutes who’ll run your patience thin as they kill off your players and run out the clock when they score big. I think my worst loss was am early 49-3 game where I lucked into an accidental field goal after picking the highest ranked team just to see what could happen. Ouch. But a bit of practice and a few wins and losses later, I was able to beat them by six points and later, make the playoffs before messing up because I got overconfident and blown out by 17 points scored in the last quarter of the championship game. Ah well. I had a great time and got in a few laughs without pulling a hammy getting off the couch, so it’s all good.

The funnier thing is, everything gels so well here that there’s really not a lot to complain about other than wondering when a Mutant Hockey League game (another sport I’ve no real-life interest in) will get the green light. Hell, I’d even play a Golf or racing game with the Mutant League name, but I’m gathering if anything, it’ll be the icy sport that gets the big nod first. I may not be watching the big game come Sunday (Zzzzzz!), but I may pop a little MFL on just to get in the spirit of things. Eh, I can wathc those Superb Owl ads on Monday or probably earlier if I want to. They’re usually the only thing worth checking out anyway. 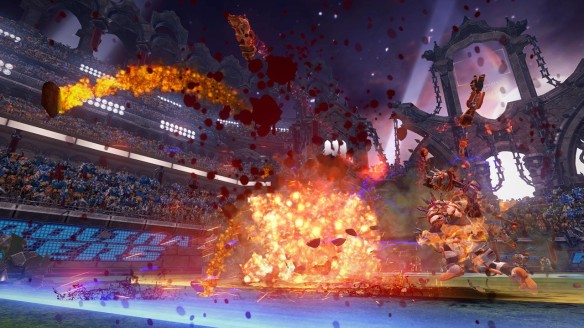