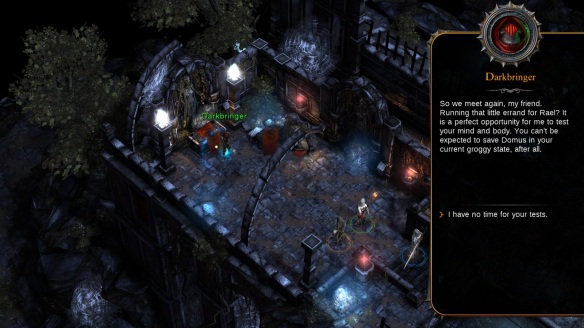 Oh. Brother. And so, it took me three days or so to figure out that the registry cleaning and other maintenance I did on the laptop and/or Microsoft’s fiddly ding-crack wizzle Windows 10 being an unhelpful junk pile of coding somehow removed the .dll file certain games use to start up. Guess which game in particular WOULD NOT RUN at all and made me think it missed its launch day? Yep. Sure, I popped onto Steam to finally find people playing and commenting away. But I figured my early build was having issues of some sort.

Well, that actually wasn’t the case…

As the other Steam games I tried ran with NO issues whatsoever, I ended up uninstalling and reinstalling the game with no luck. I sat here wondering what was up. It was clear that N-Fusion was certainly NOT skittish about letting the game they worked on for almost a decade on and off finally see the light of day. I finally decided to Google up a solution and… DUH, me. It was a stupid and VERY easy fix that’s plagued a few people who don’t know what to do when it occurs.

Anyway, after downloading the file, I then had to go back and poke around on Microsoft’s nosy as a sack of hungry kittens official site, as I got an email that said there was “suspicious activity” happening on a PC I may not own. That was in fact, ME using a the SAME dang laptop to log in from a different location, grrr.  Stupid conglomerate. Well, a few minutes and some personal info later, I got that settled, they got my new phone number, tried to sell me a useless Windows phone and then asked if I’d like to go shopping (NO, unless YOU’RE buying, Microsoft!).

ANYWAY, the Ember Steam code giveaway is BACK ON! Whee. Just comment below and I’ll pick TWO winners on… Oh, let’s go for Monday, folks. I only slept about three hours thanks to getting the game running and proceeding to sink a few hours in, falling asleep in the Radiance library. Hey, that music they play in the monk-filled town is TOO relaxing! Not to mention reading all those books in the game so far. Yes, you can read books in this. You need to, actually. None are very long, but they add to the lore and a few give permanent skill bonuses.

Okay, shutting up now, making a pot of coffee and hopping back in for a spell. Spell? HA! I kill me. Well, not before I’m done with my review. Back in a bit- go enter and maybe WIN? Good Luck!

2 thoughts on “What The .dll? Or: Hot Ember Code Giveaway, Back On Track!”