The Other 99 is a deadly first-person action-survival game. Ripped from your ordinary life you awaken on a desolate, windswept Hebridian island with nothing but a single note that reads, “The only way off the island is through The Other 99”.

The Other 99 will stretch your humanity to breaking point as you fight to gather food, water and weapons on an island where you have nothing, where you are nothing. You are not special.

It is up to you to make yourself into something. Will you brutally murder all those who stand in your way? Or will you move silently through the forests, eliminating anyone that crosses your path? Just remember each person is unique and has their own story to tell and their own pieces of the jigsaw that makes up The Other 99.

How far will you go to survive?

Who doesn’t love a good murder mystery? Well, The Other 99 kind of figuratively cuts to the chase by ditching the cheap detective stuff and makes you the one who has to figure out how to get the hell of an island full of other killers and back to civilization. This slice of harrowing, not for the kiddies survival game arrives today on Steam courtesy of UK developer Burning Arrow and publisher Deck 13. Condemned meets Battle Royale meets Manhunt with a dash of And Then There Were None (times ten, minus one), the game changes each time it’s played and if it’s done right, should provide some interesting replay value as well as plenty of conversation fodder.

Somewhat stabbier launch trailer below the jump for those of you not into the painful looking art of digital dispatch. 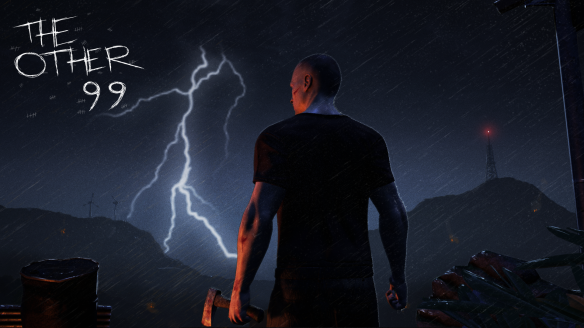 Grim tidings, indeed. But it’ll be intriguing to see how this all plays out and if gamers are receptive to a game where you don’t need to kill everyone, but where trusting the wrong people means your characters time is also on a short fuse. This will be a most interesting review, that’s for sure. If anything, it’ll make being in the 1% something this game’s players won’t mind at all.