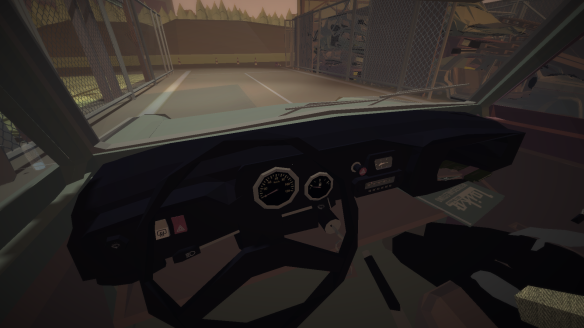 Of all the different games from Excalibur Publishing I’ve sampled over the past two months, Jalopy is out and out the best one to date. Created by Minskworks, which is Greg Pryjmachuk, a former game developer who worked on on the legendary Formula 1 franchise, Jalopy is both a visual throwback to the 1990’s and a solid, challenging car simulation for the modern age that’s more fun to play than certain AAA driving games. Set during the fall of Communism in the Eastern Bloc, players are tasked with owning and maintaining a beat up but lovable Laika 601 as they drive it around the GDR’s highways and countryside.

It sounds duller than a rusty hammer, but surprisingly the game is not only highly playable (even in the early build tested), it’s pretty darn easy to get into yet unforgiving once you get on the road. Once you get your clunker’s parts and assemble them, it’s time to hit the road and see what it can do. You’ll find that traffic is made up of careless drivers who want nothing to do but blaze down the Autobahn without a care if you’re having trouble with your engine or something else. The handling model is well done, but in the demo build the viewpoint seems to be locked to inside the car. While this is going to be the preferred method of motoring for hardcore simulation fans, having a few third person camera choices will make the game more accessible to players with the preference for other viewpoints.

The game simulates car ownership down to having to read an owner’s manual, checking maps for routes, locating parts dealers and more. As with a real car, that little Laika is susceptible to all sorts of damage from careless driving or other careless drivers. Not keeping its parts in good shape or mucking around with the fuel mix can leave you by the side of the road or in a ditch somewhere with a smoking wreck and reloading your last save. In the demo you’re sent back to your garage every time your car can’t progress, but here’s to hoping the final version has repair shops you can get towed to for a fee or for free. Starting out on the same road to somewhere in the GDR can be tiring, but perhaps it reflects the human condition of some people in that location at that time in history? You try to get away, but you always find yourself right back where you’ve started. We all have days like that, right? 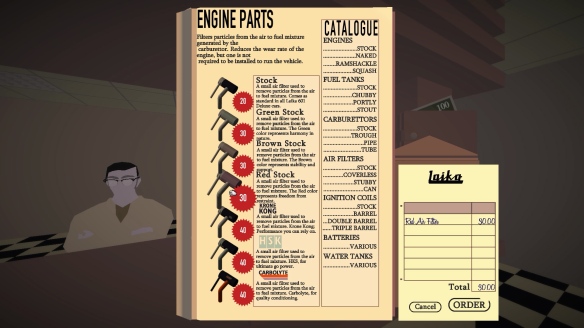 As for the presentation, it’s great to see polygon visuals from the Alone in the Dark era get a Unity-era update and still retain a retro vibe. Despite some demo build players begging for more cars and updated/realistic HD visuals, this writer thinks that these additions would spoil the game’s overall aesthetic. Pryjmachuk seems to be making an homage to a few things here some gamers haven’t gotten (yet) and I’ll be the first to champion him sticking to his guns even after the game is released. As for when that is, April 14 is the big day when a bunch of smiling drivers will wake up, step into their virtual junker and take it for a cross country spin with care to keep both eyes on the road and a steady hand on the wheel.