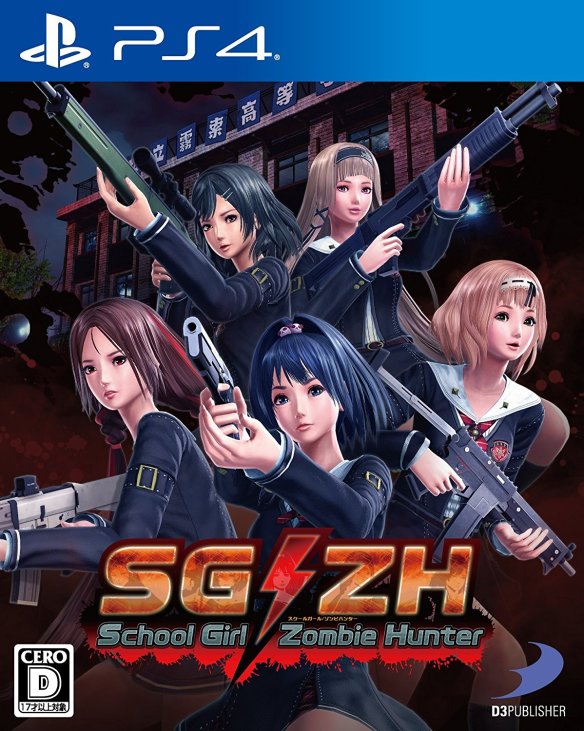 Hoooo… boy. Yep, I love my quirky Japanese games and all, but this trailer for developer Tamsoft’s upcoming Japanese PS4 action game SGZH: School Girl Zombie Hunter is destined to get a lot of people’s heads aflame for some pretty obvious reasons. If you’re one of those creaky, cranky humorless sorts who’ve disliked (or have never even heard of) their Onechanbara games for their outright M-rated combo of splashy cartoon gore and copious amounts of exposed near (but never totally)-nude female flesh (although, to be fair, some of the hideous undead enemies in these games wear less), SGZH will have your eyeballs fly right from their sockets as the trailer below the jump goes from sassy to sewer level if you watch it all the way to the end.

Um, don’t let little kids or anyone easily outraged by what their brain will tell them to think when they see this, watch unless you’re into defending your potential entertainment options, mmmmkay?

I’ll admit, I was laughing my butt off to a point when things got creepy deluxe (plus cheese), then I laughed harder because even if the game does get a western release, a very small handful of those who do buy it will very likely complain loudly because the publisher may need do some careful editing in making sure none of the gals here have their alleged ages mentioned. Or, any indications below a generally acceptable age will be changed to of-age senior class students. Which by the way, is NOT what I call “censorship” at all if the visual content remains. I’m gathering some will want to argue this point. But I’m not here to debate, folks. I’ve got better things to do with my time and yours. 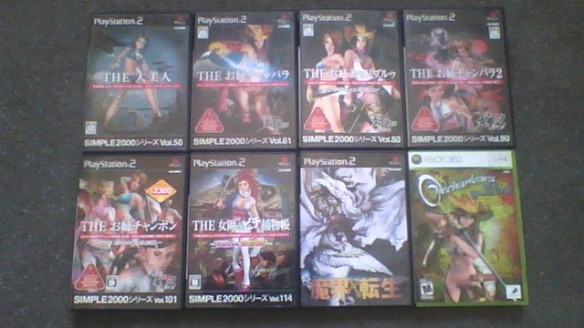 For the record, I’m not offended at all by the bulk of the goofball imports or localized Asian titles I own and in fact, I have a bunch of Tamsoft’s work I’ve shown to friends and even exhibited at a gamer gathering a few years ago. But I also know that some message board denizens clueless to how everyone will have varying reactions to this content from joy to outrage will respond will go on and on insulting anyone who will take offense to what they want to play. Or not play, but just draw endless attention to until they get in a scrap over it on their soapbox forum of choice. Ugh. You do you, but I’d rather go play a fun and silly game than talk crap about those who don’t care to for their own reasons, thank you much.

You know those folks who always do this sort of stick-poking madness, right? The ones not content to just play what they like at their leisure and instead crow about it online until they get a rumble going, then start slinging insults around if someone chooses to not like the same things they do?  The ones who deem anyone not in line with their one-sighted (and one-handed in some cases) views as “SJW” without realizing that you can apply that nonsense term to groups such as this one, this one or others past to present that wanted or want to ‘protect’ the public with what they feel is against some high moral code or another.

Look, you guys and gals who think this game isn’t going to slide right by the ESRB without a few minor tweaks: like it or not, that sort of change means any publisher that does this wants as little controversy as possible for a game that’s going to be at the most, a niche seller moving well under a million units in the US. If it does indeed get localized (like Onechanbara Z2 Chaos, “controversial” bonus outfits and all), your best bet is to buy it, play it and let people know how much fun it is (or isn’t) and that’s that. Keep the name calling and other nonsense to a minimum and you may actually have an intelligent conversation with people who disagree with you.

In other words, everybody has a kink or three (like it or else). Some of us repress them, some of us let them fly proudly, some don’t know it yet while others do, but stay within the lines society places them in. Me, I just love dopey imports of many types and good, bad, or ugly, add what I like to the library. Er, come on by and I’ll show you my etchings? Or at the very least, some really bizarre games.