It’s been a long road, but this will be a Path well worth traveling.

So, I’ve had Grinding Gear Games’ excellent free-to-play ARPG Path of Exile installed in my Steam account for a few years, but only put just over 11 hours into it before quitting cold. The reason for that was the game was so good that I really wanted to play it on a console and although I’d later discovered an Xbox One version was in the works, PS4 was and is my platform of choice (and yeah, I really couldn’t afford another new system). Finally, after a few delays (which weren’t at all disappointing to me because I knew the dev team would be adding in new content to keep the PS4 version up to date with the other versions), it’s here and yes, I’m in the process of downloading it. 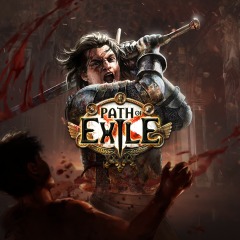 PoE’s more “ethical” approach to F2P means the game is yes, entirely free to play from the start to the endgame. Yes, additional storage space, cosmetic items that don’t affect gameplay and special character packs cost extra, but as far as I’ve seen and read, NOTHING makes the game a “pay to win” scheme.  Seven playable character classes and a skill tree that allows for an astounding amount of customization means any class you choose is going to be great once you grasp how deep your options are. As I’m a huge fan of isometric action/RPG games such as Diablo III, The Incredible Adventures of Van Helsing, Warhammer 40,000: Inquisitor – Martyr, Victor Vran, and the like, there’s no doubt I’ll be playing PoE for quite some time. 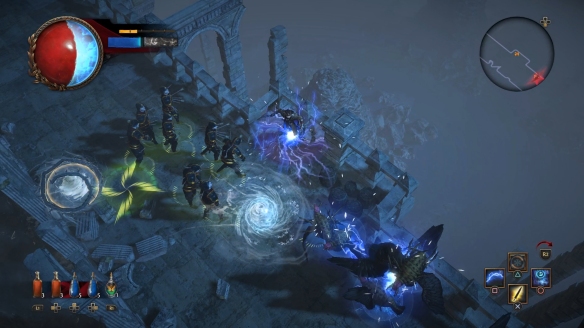 Of course, that means ditching one of the other MMO’s I’ve been dinking around with, but that’s an easy choice to make when one is replacing a game that’s only OK with one that’s got much more of an immediate pull. Anyway, off to check on the status of that download and see how well this not quite new to me (but perhaps very new to you) game plays. I’m thinking it’ll be even better than I recall, so if you don’t hear from me after a while, don’t call out a search party, as I’ll likely be camping out at home, controller in hand.