Too perfect in it’s design to train and tremendously frustrate lesser-skilled players, Road to Ballhalla excels as a reflex, stress, and bragging rights test for all ages. Impatient controller tossers need to go collect stamps or something else a good deal more relaxing. 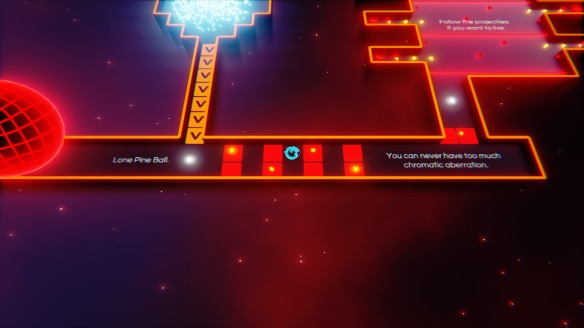 Oh, Road to Ballhalla, I love you, I hate you. You’re a cross between Marble Madness as redesigned by The Joker, and a holiday-visiting drunk uncle dressed like The Joker (but on Thanksgiving or Christmas, yikes!) except without the people dying from Smilex gas or other nasty tricks stuff. Yes, it’s an absolutely fantastic game and double yes, you should buy and play it. But if you’re a temper-tantrum inclined sort prone to personal property destruction, go let someone else play while you watch, preferably strapped to a comfy couch.

It doesn’t help (but it really does) that the game goads you at every turn with lousy, hilarious puns whether you succeed or fail. Failure, by the way, is this game’s trump card and it’s worth failing getting your ball to the goal a few times just to experience uncontrollable rage and uncontrollable laughter simultaneously. Well, provided you have a sense of humor after the tenth or so time watching your ball shatter thanks to that onnnne spot giving you grief. Okay, more than one spot if you’re like me, gyaaaaah. 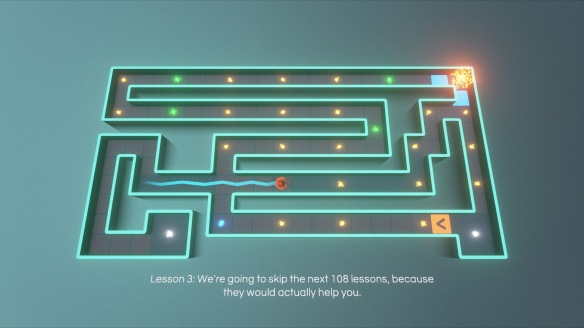 It’s not the pinpoint controls at fault either. Confidence is necessary, as is a brain that can match the patterns that excellent soundtrack beats out. This is a senses working overtime game best played sober and with intent to win. Of course, you CAN play this inebriated if you so desire. Just don’t b surprised if your liver packs its suitcase and walks out on you once you start hitting the sauce because you can’t finish a stage.

Practice, practice, practice is the thing to do here. That, or getting some steady-handed gaming god or goddess to clean up the mess you’ve made. Actually, you can clean up the mess YOU’VE made of your game room while your more skilled game-master/mistress does your dirty work onscreen. Just tell them to turn that soundtrack up so you have some bangin’ music to vacuum by. Besides, if you’re drunk  and/or easily made ill by too much movement, the game has a nasty habit of making you play upside down or at other odd angles that may get your head and stomach spinning. 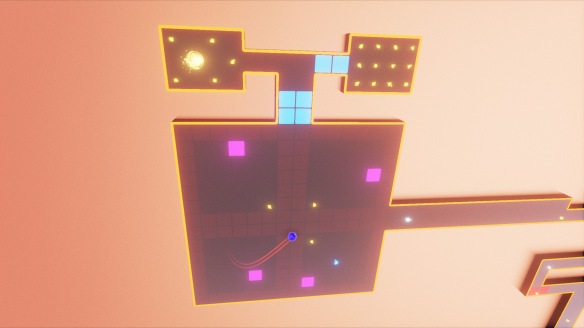 While expert controller wranglers can beat the game in maybe three or four hours, that doesn’t mean it’s never to be played again. In fact, this is exactly the sort of old meets new school game that deserves a permanent place in one’s game library just to load up, pass the controller to a so-called gaming genius and see where they tap out. Ballhalla really belongs on a console at some point just to get the more die-hard retro gamers out of their emulators and seeing what’s what with this pun-packed ball fest.

So yeah, this one’s a big, fat BUY, especially if you’re a puzzle game fan bored with the usual usual. I’m gathering Torched Hill is working on a follow up, but if not, they probably need to start thinking about it. Hmmm… I wonder how a first-person perspective sequel would work out? Probably too deadly for my heart to take, but I’ll give it the old college try. Or start advertising now for a gamer god or goddess to take the reins for fun and no profit. 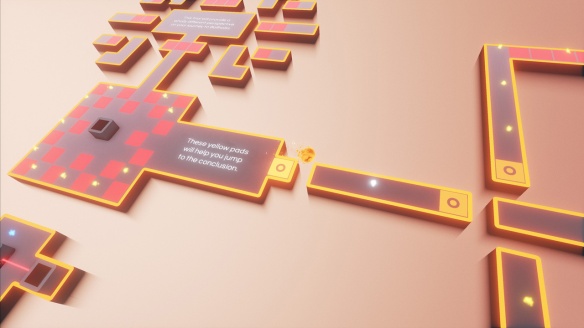