With the Wii U seemingly in its final year of being a viable console to some pundits and players, it’s very important to note the console has in fact been the recipient of a number of incredible indie games over the past few months, most recently through the eShop Nindies selection.

Sure, first party titles are always key and should be on any console worth its salt. But the indie scene on Wii U is chock full of cool titles that Wii U-only gamers have either gotten in the past, are getting now or have been popping up as improved ports over versions previously released on PC or other consoles. Most are well worth an instant buy for those who want to support both Nintendo and the dev teams that cook up these gems. Here’s a quick look at two of the best you can buy (in no particular order, of course): 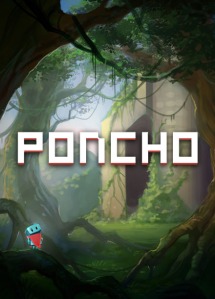 PONCHO (Rising Star Games, via Nintendo eShop, $9.99): Delve Interactive’s gorgeous, highly challenging side-scrolling platformer’s best tricks are the unique gameplay that has you hopping between different planes to progress through levels, and how surprisingly tough yet slyly meditative the game can be.

While a nice retro vibe is indeed here to be felt by nostalgic minded gamers, the lovely pixel visuals get kicked up into the modern age thanks to plenty of tricks older hardware couldn’t pull off so fluidly. The open world mixes in plenty of surprises to discover, with no lives system in play to drive you batty. That said, prepare to leap of faith your way in some cases where you have no other options but to cross your fingers, toes and anything else save for your eyes because you need to kind of stick that landing.

Jumping like mad through foreground, middle, and background elements like a champ, chatting up cute to not so cute robots who have a lot on their metal mind cases and overall, spending a good long time in this rich, intriguing game world learning what’s what makes this one a keeper of a sleeper. And yes, the music is pretty much perfect, emulating and enhancing its 16-bit inspired tunes that drive the action onscreen. 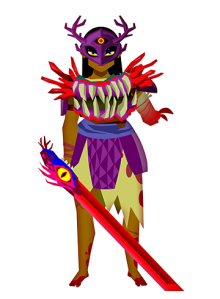 Severed (Drinkbox Studios via Nintendo eShop, $14.99): Drinkbox’ gorgeous stylized slasher is NOT “Fruit Ninja with a female character” as I heard one wag describe it recently. Not by a long shot. That said, I got a chuckle when I saw the trailer and MY brain coughed up “Shien’s Revenge, (Sister version)”, which might be a worse comparison that’s even more unfair. Fortunately, Severed is simply fantastic, blowing away any more lousy references like the above with ease.

The game is a tough slice of first person action/RPG brilliance that will test the reflexes of the best as it offers up a surprisingly deep tale of revenge and redemption. As Sasha, a girl left with one arm after an assault by a demon, you’ll need to slash you way through a horde of twisted enemies as you seek out your missing family. No spoilers here other than to note going in cold is the best way to play and enjoy this to the fullest.

Things start off simple and you’re eased into combat slowly. The tutorial and first few fights allow you to get basic to advanced fighting down before the game tosses you into the thick of more difficult battles. Blocking attacks, swiping out as much damage as possible and yes, doing a chunk of lightning-fast limb-chopping yourself all come into play here. Digital revenge has never felt or played better on the Wii U Gamepad, as the responsive touch controls allow for the utmost in precision.

Paying attention to that Focus meter, swapping between multiple foes and only killing them when the meter is full allows you to collect assorted monster parts, which act as the game’s sole currency system. Some great skills and upgrades await the lucky slashers and yes, getting good here gets you the better goodies. The visuals give off a Disney doing a stylized Frida Khalo kind of vibe, bloody bits and all, the soundtrack is brilliant bliss and there’s a bit of replay value here once the game has you hooked in.

Overall, Severed is a fantastic fantasy, a must for Wii U owners looking for a serious, mature action adventure, and one of the best indie games on the Wii U this year. Highly Recommended.