In 2019, Ubisoft released Starlink: Battle for Atlas (PS4, Xbox One and Switch. with PC coming later), which was designed to bring the “Toys to Life” sub-genre started in games like the old PS1 import ZXE-D: Legend of Plasmatlite (I have a complete box set here with un-assembled robots. I really need to photograph it one day!) and the Skylanders series raring back to life. While it was a really good game, there seemed to be an assumption that players needed to start collecting a bunch of pricey toys in order to play and yep, the game didn’t move units as it should have.

Given that Ubisoft Toronto explicitly made the game to be played as either a physical disc or game card as well as in digital formats, it seems gamers failed to notice this and retailers who thought this would be the next big thing were stuck with who knows how many thousands of copies. You could say it was Disney Infinity all over again, but Ubisoft only released six Starship Packs, four Weapon Packs, and four Pilot Packs outside of the Starter Packs and killed support for the toy line in Spring 2019. Those packs, by the way? They cost more than the game does if you ever need to get them new.

All the while, prices had been dropping on the Starter Kit that had the main game, a toy ship, interchangeable weapons, and a pilot figure. Nintendo Switch owners got a very cool bonus with Star Fox-themed content, so that versions ship was an Arwing that could be outfitted with the same weapons as found in other versions and there was a Fox McCloud figure included with the plot from the other versions. In addition, Star Fox and other characters from the series were featured in story segments exclusive to the Switch version, so it really felt like a new Star Fox game, or his presence in a spaceflight game that would have likely been overlooked made it an interesting purchase. 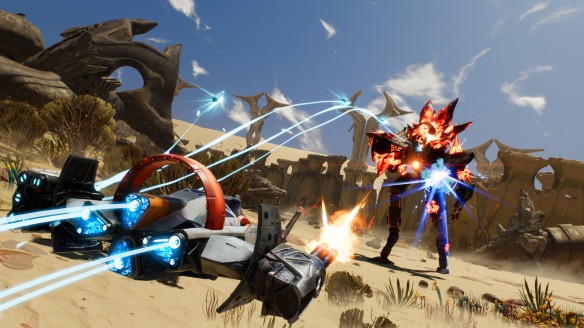 I frankly wasn’t interested in the game at all for a while, but when prices fell on it to ridiculous lows, well, I was suddenly very interested in trying the PS4 and Switch versions out to see the differences. I ended up ordering both, with the Switch Started Kit costing $5.99 (with $3.99 shipping via Best Buy), and the PS4 Starter Kit Going for $4.99 (with a CRAZY low shipping fee of .99 though newegg). I wasn’t expecting the packing to be anything great, as I’ve been shipped some items that have arrived with assorted damage when shipped through the mail in the least expensive manner.

Guess what? I was wrong about the shipping, and gladly so. I’d actually ordered the PS4 version first and initially was holding out on the Switch version because cheap-ass me wanted to get it for the lowest amount possible, There’s no Best Buy nearby and the lowest offline price I found was $9.99 with tax ($10.84. I think). After two hours of looking around online for the cheapest Switch version, I went back to ebay and snapped up that Best Buy deal. It actually arrived first and fast, catching me by surprise when it showed up one morning at around 10:35. It was in a sturdy box, but with no inside protection (boo!), but the box wasn’t that much larger that the kit, and it was undamaged.

A few days later (and before the January 9th estimate), the doorbell rang before 10am and voilà, there was the PS4 version. I was jokingly shaking a fist at the carrier who just left it outside before I reached the door, but it was in perfect condition, packed with what seemed to be all the packing bags in a small warehouse. Beautiful, as I can use those to ship out any games I sell (as I’ve been selling off some stuff in the library). 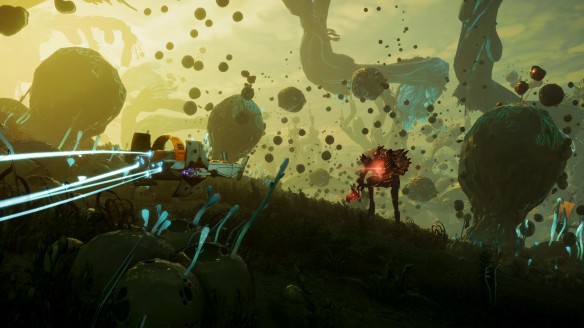 So, these will both get played at some point this year and yes, I may as well that those Z-XED photos soon, too. Well, I took some a while back, but I don’t ecall which hard drive they’re on (oops). Back in a bit, folks.