So, these past few weeks are turning out to be full of nice surprises on the indie game scene, or perhaps I’m finally starting to see new games that grab my attention because they stand out from the way too crowded marketplace that seems to get new titles on a daily basis vying for attention. This time, it’s tinyBuild Games‘ upcoming digital-only release Fearless Fantasy, a wonderful-looking turn-based RPG with gesture-based combat, rich, colorful graphics and actual (as in GOOD) humor in the writing. Sure, my plate is full and my backlog is mighty, but as soon as saw that video above, those screenshots below and the GIFs , I made room to give this one a shot once a preview code arrives.

As for those GIFs, they’re below the jump along with a bit of amusing press release stuff to peruse along with some lovely character images. If you didn’t watch that video above, prepare your eyeballs for a color blast assault…

“Fearless Fantasy is probably the weirdest RPG you’ll play this year. It’s a turn-based game that deeply involves players during every turn. You use gestures (with the mouse) to score critical hits, resulting in very involved and interesting gameplay on every turn.

As Leon, the world’s most dangerous bounty hunter, you embark on a mission to slay the world’s weirdest creatures, and save a girl from an awful marriage. 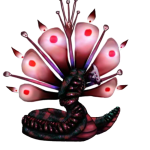 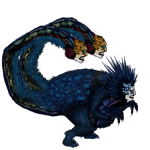 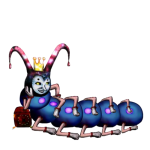 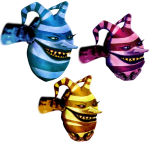 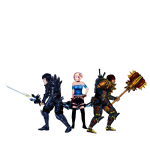 If you used to play turn-based RPGs, but now don’t have the time or patience for them, you will absolutely love Fearless Fantasy.”

My jaded old eyes forgive me for exposing them to that awesome color shock because this looks like FUN and I think I was just tired of seeing playing the usual dull gray/brown/green/blueish color palettes from too many modern games. Anyway, May 15th is the game’s launch date on Steam and at a mere $6.99 (wow!), this one’s a MUST buy for genre fans looking for something different.

Back with some hands-on impressions soon… stay tuned…