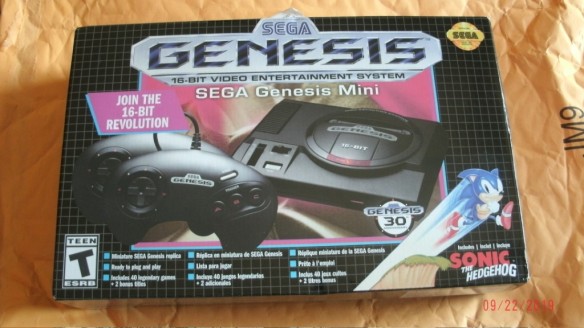 Yeah, I got one last week.

So yeah, I picked up a Sega Genesis Mini from Amazon last week and it’s quite a good purchase overall. While there are a few clunkers in the bunch (did we really need a Virtua Fighter 2 that’s NOT the arcade version here? Plus some games om the Mini would have been better served with their appropriate sequels on board), the content is pretty solid and developer/port house M2 has done a very stellar job in converting the games to HD in this collection of 42 mostly excellent titles. While I’m exceptionally pleased, I also want a Mega Drive Mini here at some point for some of its cooler Japanese imports and shooters, some of which can be enjoyed in English (if they were localized for other territories outside that country).

I still own quite a few of these games in original form as carts, I also recently got rid of an old CRT that wasn’t working properly, so my old US Genny and imported Mega Drive systems are currently not up to HDMI speed (and no, I haven’t the cash on hand for one of the pricey console or cart-like solutions out there. The awesome Sega Genesis Collection on PS2 plus Sonic’s Ultimate Genesis Collection for PS3 and Sega Genesis Classics on PS4 and STEAM’s up-datable and mod-friendly collection do a fine job at filling in what’s missing, however. The Mini is to me, just an outstanding and legal means of playing a few of the rarer games digitally without paying a fortune for the physical carts.

The Genesis Mini plus into my current HDTV and nicely displays the old-school visuals at a 720p output and looks outstanding overall. Yes, some may complain about the not so hot CRT display option, but the scanline-less visuals available in the basic screen format means you can see the graphics more as they were to be experienced. Sure, folks who like then will likely choose that format to run the games in, But I’m getting to the age where more clarity becomes the better format for me and hell, it’s something that’s welcome as I grow older. 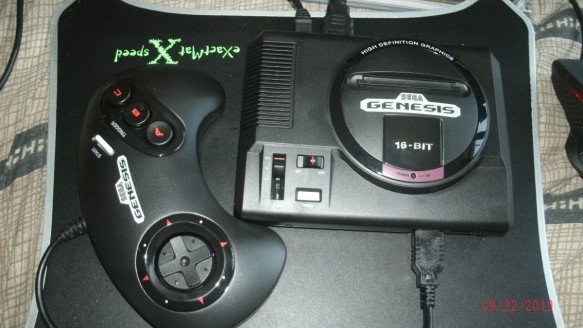 Small, but packing some fine ports, courtesy M2. the Genesis Mini is a must-buy.

I suppose someone will hack it eventually, but I have no plans to mess with my Mini. We’ll see if that changes in the future, but for now, I just want a pair of those official 6-button controllers because they’re going to make some games here a lot more playable when all is said and done.