So, I waited a day plus for the internet to do its usual barfing and bellyaching over Sony’s upcoming PlayStation Classic (and yes, some people actually really love the concept and were neither barking nor bellyaching,  but breaking out the hugs and searching out pre-order news) and while I’m all for the thing doing well, there are a few potential bumps in the road that may keep it from being an instant purchase. Of course, I’m kidding myself a bit here, as it’s practically guaranteed the Classic will sell to many Sony diehards who want either a perfect gift for themselves or the kids.

Well, this brings back memories. Er, memories that I still own three original PlayStations, so the Classic being 45% smaller means I can squeeze one into the vaults at some point.

That said, having a full list of titles would have been nice (especially as the Japanese version of the Classic will have different games from that market’s best sellers) as would a verification that the Classic would support the later PlayStation 2’s texture smoothing function. A good deal of the criticism about the 32-bit era seems to focus on those polygon-centric games not holding up to “today’s standards” despite the fact that certain titles have actually held up pretty well (in my opinion) and seeing them in their original form is a good way for budding game designers to gain appreciation for the evolution of game graphics from the mid 90’s until now. 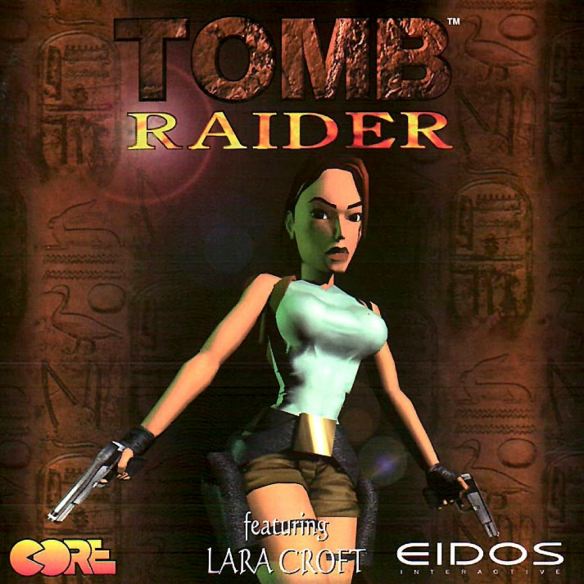 Hey, Square Enix does own Lara Croft these days, so don’t too be surprised if you see her again this year in her original form…

As for those games not yet announced, I’d imagine we’ll see more first-party games over third party ones, but I’m not expecting many out and out surprises thanks to the Classic’s controllers NOT supporting analog control. While the original PS launched with digital controllers in 1994 (1995 here in the west), the original Dual Analog controller launched in 1997 in Japan and in the west in 1998, only to be replaced with the much better Dual Shock model many of us know and love. No Dual Shock support (unless the system will support a USB controller) means a game like Ape Escape which relied solely on those analog sticks is a no-go (and a big “Oops!” on Sony’s part). Oddly enough, the Classic also ships with Ridge Racer Type 4, which can indeed be played with digital controls but just feels better with analog sticks. Then again, so does Tekken 3, now that I think about it. Oops.

Sony is, in a hilariously weird way forcing the hands of today’s crankier and easy to complain at the drop of a hat gamers to go through the infamous blister phase many PS fans who got hooked on the console suffered from. If you had a PS around the house and played frequently, you know exactly what I’m talking about. Hopefully, the Classic’s pads won’t get the blistered thumbs down from newer gamers used to analog controls, but we’ll have to see what happens once the Classic hits retail. The other thing that springs to mind is can the system be hacked and modded much like Nintendo’s Minis were to play imports from Japan and other territories? I’d gather Sony really doesn’t want folks hacking and cracking their new (but old) system to play games not included on it, but these days you can’t stop those dedicated to getting more than that $100 they’re planning to spend on the system.

Hey, I can dream can’t I? It’s actually quite an important game for Sony, as there would be NO Gran Turismo without it.

Finally, let’s note that price point closely. $100 doesn’t seem like a lot of money for some gamers with a nose for nostalgia, but unless the remaining games on that Classic are true barn-burner must-play titles, I can see the “meh!” feelings commence sooner than later if there are too many duds in the play stack. I’m gathering a few popular (but not movie or TV licensed) kids games will make the cut, we may see at least one Syphon Filter game (if Metal Gear Solid isn’t trotted out), probably another racer of note (that’s not a Gran Turismo game unless it’s Motor Toon Grand Prix, which was that series’ precursor). I’d also gather that more titles won’t appear on the Classic unless Sony decides to allow them to be bought through PSN and uploaded to the system. Yes, that’s more wishful thinking on my part, but I’d like to think Sony is thinking ahead of the curve instead of hopping on Nintendo’s coattails and hoping that same feeling of “gotta have it!” nostalgia strikes them in the same manner as it did when both the NES and SNES Mini hit retail.

Eh, as usual, we shall see. I expect to be proven 100% wrong on December 3 once this Classic hits stores and the scalpers start their online reselling antics.

2 thoughts on “That PlayStation Classic? A Great Idea With Some Interesting Caveats”