So yes, it’s officially ALIEN Day and if you’re a fan of the franchise with some time and a bit of disposable income on your hands, there are a few ways to get involved in the festivities today.

The Alien Anthology page on Twitter has a big deal contest where video questions about the film pop up like chestbursters and you can answer them for a chance to win some awesome ALIEN to Prometheus-themed merchandise from what’s looking like every company that makes officially licensed swag based on the series. 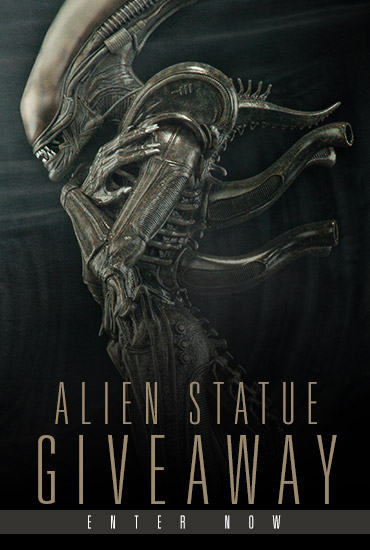 Sideshow Collectibles is giving this away! GO ENTER!

Did you have some eggs for breakfast? “Get some!” Photo: NECA Toys

Of course, while plenty of cool merchandise is available, that much desired Reebok Stomper sneaker from ALIENS sold out within a few minutes (with some pairs turning up on ebay for hundreds of dollars more shortly after being sold).

I recall seeing the ad for it back around before the film was released in 1986 and wanting a pair badly. But Reebok never released it to retail and in the film their logo was covered up or removed from the kicks Sigourney Weaver wore. Amusingly enough, the sold out sneaker was in Men’s sizes only. BOO. What, did Ripley have big feet or something? Well, Weaver *IS* on the tall side at six feet, so perhaps she’s got the pretty version of a man-sized foot? I do not know this as I’ve never paid attention to her feet in the films she’s in. Er, save for the one example above, heh.

I do know that a few female fans of that film who might want to put a boot up someone’s track-suited butt at Reebok corporate for both forgetting them and not making this one in larger quantities. ONLY 426 were made because that date mandates it. But hey, the sneakerheads all groove on this sort of thing and it’s their playground to mess around in (while not getting their kicks dirty – wipe, wipe, wipe!). 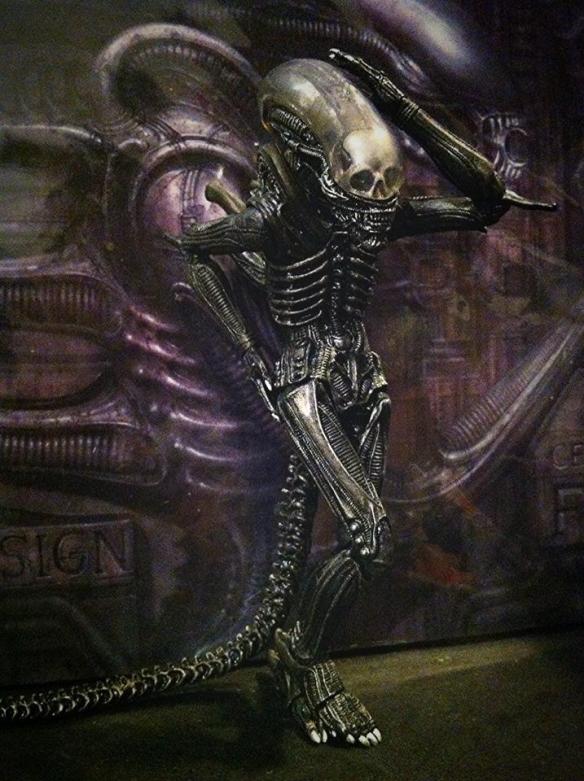 CNET has an ALIEN-themed quiz for bragging rights only and it’s a tough one unless you’re an attentive fan of the first three films. Dark Horse Comics has re-released its classic Mark Verheiden/Mark A. Nelson ALIENS series in a brand new oversized hardcover edition that’s an instant BUY. DH is also releasing a new series, ALIENS: Defiance by Brian Wood and Tristan Jones that features a fantastic story and some of the scariest looking xenomorphs to date. The first issue is out tomorrow (unless your comic shop got it early) and comes VERY highly recommended. 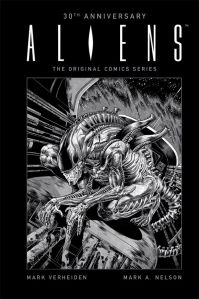 If you like your ALIEN experience a lot more interactive, Zen Studios has an absolutely awesome treat for you with Aliens vs Pinball, the latest Pinball FX 2 expansion now available for PS4/Vita, Xbox One, PC (STEAM & Windows 10), iOS, Android, and Amazon. The three tables here are excellent skill shot masterworks that manage to convey much of what the franchise represents but with silver balls galore and a lot of high scoring action once you get the action of each table down. There’s even a little APC driving sequence in the ALIENS table that takes some getting used to but manages to be pretty intense.

And yes, when you lose that final ball on the table, you hear “Game over, man… GAME OVER!”. The Aliens vs Predator and Alien Isolation tables are also superb and fun to play, each offering up their own challenges. The great thing here is these aren’t all the same table designs with simple art asset replacements. Each offers up its own unique boards, mini-games and all have plenty of voice samples and many secrets to unlock. If you want to scare yourself silly, the fantastically frightening ALIEN Isolation is on sale for 75% off on Steam. Heck, if you want to really get crazy, you can go buy an inexpensive retail or download of the much maligned ALIENS: Colonial Marines for PC and get this fan-made patch that adds and fixes a ton of that game’s flaws. It’s still not “perfect”, but it’s a good deal more enjoyable. 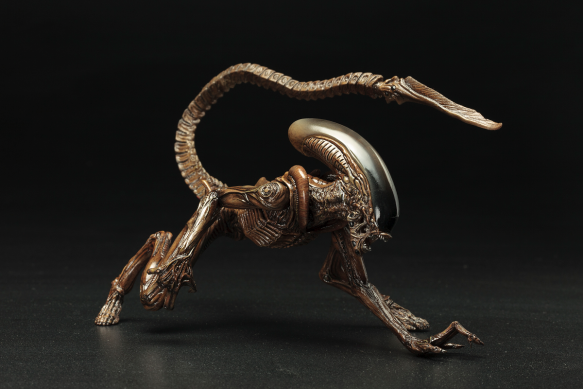 Kotubukiya is getting in on the act with this Alien³ Dog Alien figure. Good doggie! This flawed entry in the franchise deserves a lot more respect these days (if you check out the Assembly Cut on the ALIEN Anthology set, you’ll see why)…

Uh, I think that’s it for now. Oh, here’s some crappy old ALIEN art of mine just so I can say I actually contributed something to this page other than squeaky noises and lots of links.

2 thoughts on “Happy ALIEN Day! Go Get Scared or Win Some Stuff (Or Both)”