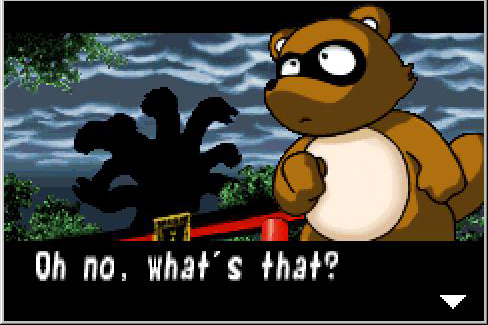 Given that complete used copies of the low production run Game Boy Advance title Pocky & Rocky With Becky can fetch over $200 and new/sealed ones over $300, Natsume finally getting the game out on the Wii U Virtual Console is a great thing for those who missed out on the game and don’t have hundreds to drop on a copy these days. 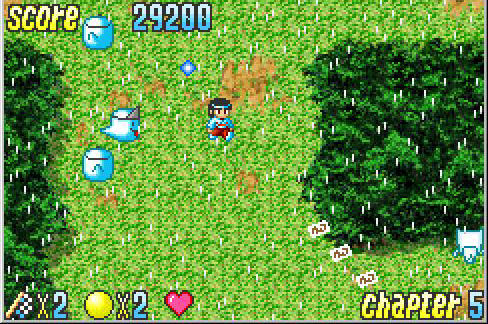 For a fraction off those ridiculous auction prices (and yes, the Japanese versions of that cart run a lot more) you can get all the deceptive cuteness the game delivers along with harder than you may have thought gameplay. Well, the game isn’t really that difficult. It’s just that one hit from any enemy will knock Pocky, Rocky or Becky out of action and if you lose all your lives, you’re restarting from the beginning of one of the seven stages. Anyway, that’s your heads up for this one. Natsume has been on a nice roll of getting a few GBA titles onto the eShop such as this one, Harvest Moon: Friends of Mineral Town and the great, under appreciated RPG, Car Battler Joe (which also comes highly recommended). 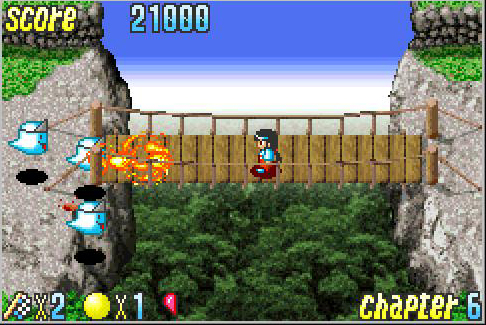 Other Natsume GBA games headed to the eShop are Harvest Moon: More Friends of Mineral Town along with the two Medabots games, Medabots Rokushu and Metabots Metabee. All three should be popping up in the eShop in North America later this year. Alrighty then, let me let you get yours. Off and away with you now – you’ve got some cool (and now cheaper) games to buy and play.