Nope, not at all. In fact, there’s a very good chance you’re jumping on this link and slapping down the twelve dollars to unlock all nine titles as well as the surprise bonus games coming next week. The two Knights of the Old Republic games are worth that price and Republic Commando was and is very underrated gem that’s a solid FPS as well as fairly amusing in spots thanks to a snappy scripting job. The rest of the lot (so far) is an interesting selection of genres from straight up action to real-time strategy without the resource gathering and makes for an excellent deal for the money. 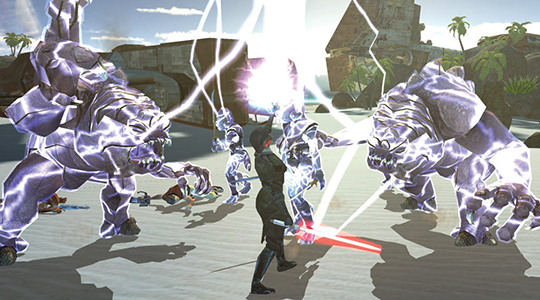 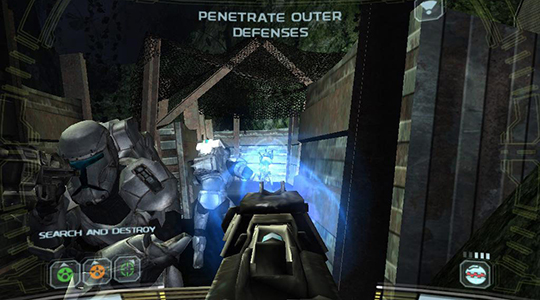 As for what those upcoming additions to the bundle are, it’s tough to say. It would be nice to see more Jedi Knight games make it into the bundle, as both Star Wars Jedi Knight: Dark Forces II with the Mysteries of the Sith expansion and Star Wars Jedi Knight II: Jedi Outcast were pretty impressive for their respective times. Jedi Academy is okay and fun to play, but those two other game were sweet spot central, bumping up the visual quality and gameplay to nice heights.

Given that it looks as if whatever games Disney comes up with in the future will be meant to replace these mostly classic Star Wars experiences, this bundle comes not only recommended, but also comes with the recommendation that you give it as a gift to anyone tho know who’s a fan of the films (and has a decent gaming PC). That, and a portion of those Republic Credits you spend on this deal will go to two charities: Star Wars: Force for Change and Unicef’s US Fund. Already, over 191,000 of this bundle have flown out of the Humble Bundle site, meaning a lot of people out there know a fantastic deal when they see it. Anyway, you know what to do, Padawans, so I’ll let you get to it.