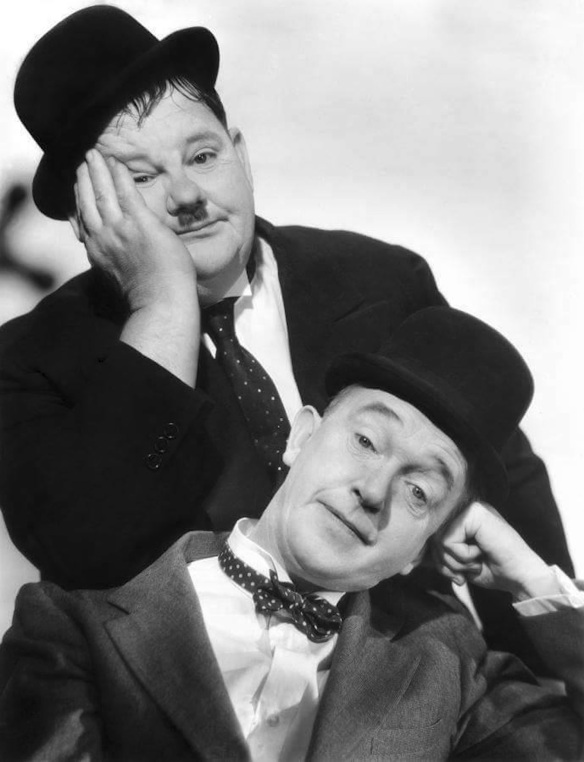 A pair of kings.

Classic comedy fans, take note: Well, this is a fine mess, and a particularly good one coming soon on both Blu-Ray and DVD on June 16. 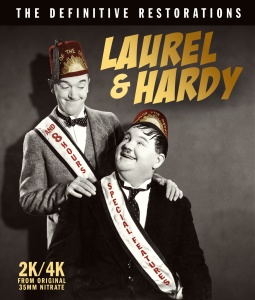 Get one for yourself, and one for a friend!

The comedy films of Stan Laurel and Oliver Hardy have been beloved around the world since they were first released between 1927 and 1940. So beloved that many of the available copies are blurred dupes printed from worn-out negatives. Now, the best of their short comedies and two of their finest features have been fully restored. They look and sound as spectacular as when they were first released… Here are a few videos that prove it:
FEATURES
* NEW! 2K and 4K transfers from the finest original 35mm materials in the world.
* WORLD PREMIERES! Laurel and Hardy’s legendary 1927 silent “pie fight” film THE BATTLE OF THE CENTURY makes its video debut after being “lost” for 90 years! The only reel of L&H bloopers and out-takes, THAT’S THAT!
* Classic short comedies BERTH MARKS, BRATS, HOG WILD, COME CLEAN, ONE GOOD TURN, HELPMATES, THE MUSIC BOX (the legendary Academy Award winning “piano moving” short), THE CHIMP, COUNTY HOSPITAL, SCRAM!, THEIR FIRST MISTAKE, TOWED IN A HOLE, TWICE TWO, ME AND MY PAL, THE MIDNIGHT PATROL, and BUSY BODIES in addition to the feature films SONS OF THE DESERT and WAY OUT WEST (which includes the team’s famous soft shoe dance routine).
* EIGHT HOURS of EXCLUSIVE extras – 2,500 rare photos and studio documents, audio and film interviews with L&H co-workers, original music tracks and trailers plus a full restoration of their one surviving color film, THE TREE IN A TEST TUBE.
* Commentaries by L&H historians Randy Skretvedt and Richard W. Bann
*Restorations provided by Jeff Joseph/SabuCat in conjunction with UCLA Film & Television Archive and Library of Congress.

Eight hours of special features? That’ll get me to watch those first, then. I grew up with these gentlemen on the TV screen quite frequently, so I know I’m going to be laughing too hard at the main events. Those features will be the educational part of the day’s programming.