Now, where were we… 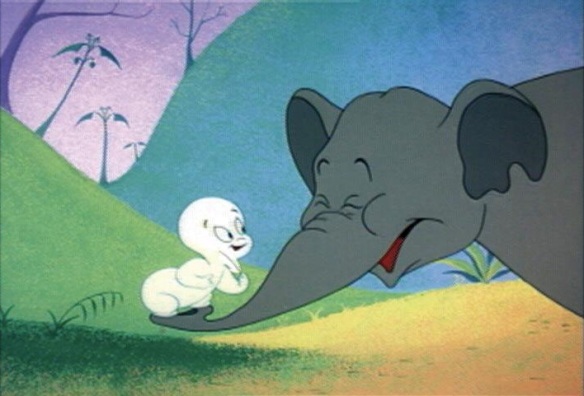 Cutting to the chase, maybe? Right, then. Here’s what was in that care package that was retrieved by a friend for his two kids as they were struggling with a no internet challenge. I’d say that package worked for its purposes pretty well, but we’ll see what the kids thought: 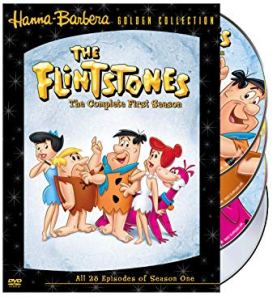 The Flintstones The Complete First Season: This one went over big because neither kid has seen the older version of the show in any sort of order before, but they definitely got it’s influence on The Simpsons and Dear Old Dad said he went out and got a Honeymooners collection DVD from a local pawn shop at some point so they could take a deeper dive down the road.

I’ve always thought the first three seasons were the best, as the animators were still working on a few things and the some of later seasons’ episodes felt a little stale. That said, every season has quite a few stellar episodes, and on the while, it’s a classic series worth seeing in full. 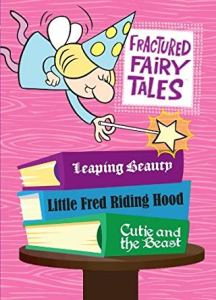 Fractured Fairy Tales: This one was also a win, even though Teen Wolf wanted to skip the watch party at first until he heard the laughing come from the other room and joined the fun, asking Sister Dear to restart the disc so he could see what he missed. She obliged gladly, as she was cracking up so hard she missed a few gags. As for Brother Dear, his main question was “How did they get away with this stuff?” when some of the tales tiptoed through a few snarky subjects with ease as the writing on that show was smart, snappy and priceless.

This reminded me I need to get some Rocky and Bullwinkle Show action in the library here, as I grew up watching too many of those still funny reruns and am totally convinced some of my weird sense of humor comes from that. 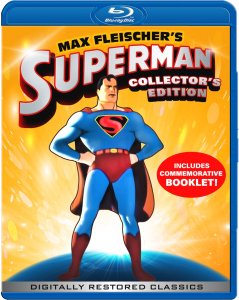 Max Fleisher’s Superman: Of course, as with the last choice, SOMEONE didn’t want to watch at first, but it was Daughter Dear who opted out until she peeked around a corner and saw Lois Lane doing some sneaky business and then she was curious. Brother Dear was floored by the art and fluid animation here, making a Batman: The Animated Series connection from the art here and even calling up a few friends to come over and watch for a bit.

Naturally, that led to some conflict as his buddies brought over their cell phones, But Super Mom was sure to have them store them in the kitchen and everyone was told they could only answer them if they were ringing and they couldn’t share stuff with Sonny Boy at the moment. In the meantime, I heard it was all “Wait, they had cartoons BACK IN THE ’40’S???” from some who dropped by and I wish I were there to reveal there were cartoons made of many types some decades earlier. That, and to show them those Kirk Alyn live-action Superman serials so they can see he even hit the live action scene before those Warner Bros. films. Anyway, it was agreed that the 1941 episodes were better than the 1942 ones, as the sidekick character introduced in them was getting on a lot of nerves. 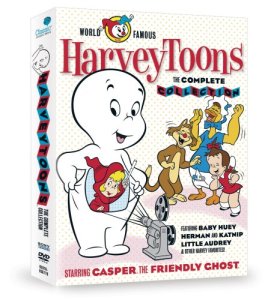 Harveytoons: The Complete Collection: Before I packed this in the stack of stuff, I added a Post-It Note that noted the 4 discs in this set have NO chapter skip option or a list of titles on the discs. Worse, the only way to see what was on the discs was to look online to get info on what was in each show. That’s when I found out that Super Mom was a REALLY Super Mom because she had to opt out of the contest due to some proofreading work that had her needing to go to physically go see some items in a museum in NYC and make a stop at the office to get a package that was sent there. She saw my note and actually downloaded and edited a list for everyone else, so I was thrilled at this whopping collection suddenly becoming less of a burden.

With the list, the kids though better of the oddities in the set, liking stuff like Le Petite Parade, and other Madcap Capers one-offs more that some of the standard Harvey derivatives of better cartoon from other studios. They both though Herman and Catnip were trying too hard, for example. But they both couldn’t get enough Baby Huey “I can’t believe he’s so DUMB!” was a common laugh point they both agreed on, and Even Audrey’s silly episodes got some love. They both recognized Casper from his recent Geico insurance ad, but were shocked to see the character has been around so long. Well, he IS a ghost, sooooo… (heh). 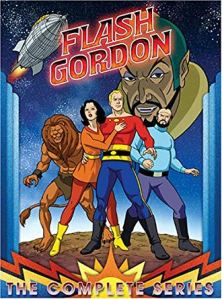 The (New) Adventures of Flash Gordon: As both kids had recently seen the 1980 film and found it hilarious, I decided to blow their minds with this series produced a year earlier by Filmation that, at least in Season One, played things more seriously and for a Filmation show, had some pretty decent animation (crowd: For a Filmation show!).Still, the show was more faithful to the source material than the film was, although you got Ornela Muti in the film, so that sort of evens things out.

Both kids liked it a lot, although the usual budget issues in some areas such as recycled footage and those running sounds and too many sound effects from what, EVERY Filmation show? made for some chuckles. Still, the first season was well-received, while the second season felt “less smart” that the first one. See what happens when you introduce a wacky dragon sidekick thanks to company pressure, folks?

I’m stopping here, but there’s a Part 3 coming tomorrow. I did say I loaned out a bunch of stuff, remember? Five more to go on the list, so come back for a few surprises.

2 thoughts on “An Animated Discussion (Part 2)”