If they taught math this way back when I was in grade school I’d bet a heck of a lot of kids would probably be a lot smarter. And probably vegetarian or vegan not to mention not afraid of death at all. Anyway, great and prolific indie developer tinyBuildGAMES does it again with another hilarious slice of pure fun with a twist. Divide By Sheep is a math puzzle game that combines Death, loneliness, sacrifice and too cute to chop up sheep in a game where every move counts. Okay, it’s nowhere as grim as that last sentence sounds at all although a sense of humor is going to be needed in order to get full enjoyment from this one. 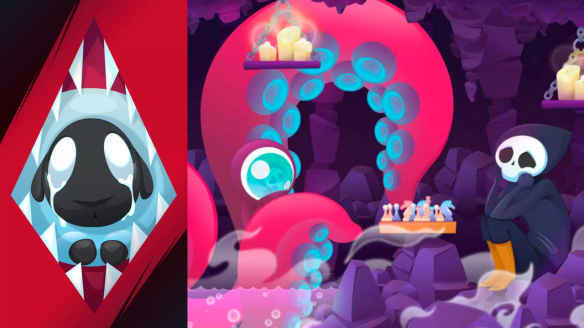 If you feel like counting sheep now and getting Death some new wooly pals to play chess with, the game is available on Steam and iOS NOW. Even better (well, if you’re an iOS user), you can get tinyBuild’s Spoiler Alert for FREE and Fearless Fantasy for a mere 99 cents. Those are both hard to pass up deals, I’d say.