Long story short: This stuff is quite good. Keep reading.

I think it was about 1991 or ’92. Had I walked into that diner and sat down a minute earlier, I’d have very likely done a spit take with a mouthful of freshly poured ice cold water as soon as I heard that cheesy line. Fortunately, it happened just as I sat down next to the grinning woman at the end of the counter who said it, then turned to me and asked if I liked a good cup of coffee. I recall answering something along the lines of “Uh, sure?” as an exceptionally cheery waiter appeared on cue with a sunny “Hello, what can I get you, love?” I recall she had an accent that made her sound quite like Joan Greenwood, which made me almost forget what I wanted to order because I just wanted to sit there and listen to her recite the entire menu.

“The coffee’s good” the voice to my right noted, so I tipped my head in her direction and replied “I’ll have what she’s having…” which made both women laugh and a few customers to my left at the counter turn and look to see what the joke was. I didn’t turn around to check out the other tables behind me, but I’d have guess that some of them close enough also looked up for a hot second before going back to their breakfasts. I’m guessing the two ladies took that as a When Harry Met Sally reference, but it was mostly automatic on my part. 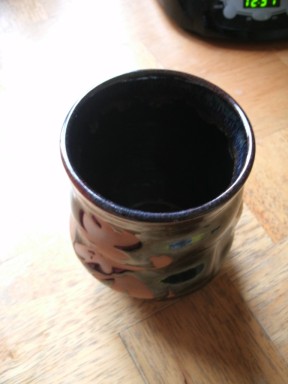 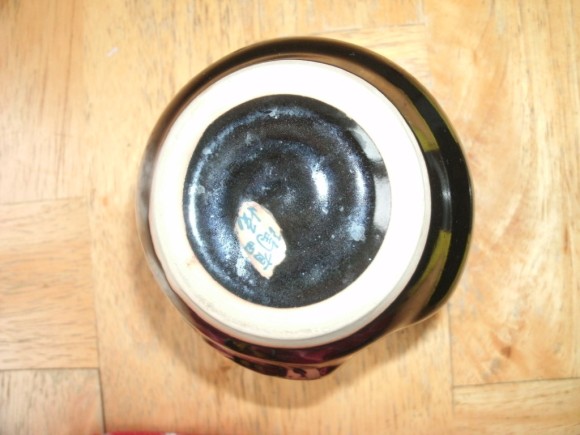 The waiter poured a cup and bought it over with a smile. “Less than five minutes fresh” she noted. As she placed it down, she asked in her perfectly purry voice if I liked pie and noted the owner’s wife baked some of the fruit pies the diner carried. “Do you have any apple pie?” got me an “Absolutely” before I finished the question and she zipped away to the opposite side of the counter to fetch a slice. Fast, but completely stealthy (and I wondered what sort of shoes she wore because she almost made no sound as she moved). I noticed she was carrying three slices of pie, but stopped to drop one off to an old gent a few stools away before depositing mine in front of me and the third slice to my amusing counter mate who chuckled a bit as she noted with fake distress about her diet going to hell.

“Oh, dear!” The waiter slid over and apologized for forgetting to ask if I wanted some sort of topping for my pie (I recall ice cream, whipped cream or cheese were the choices). I actually laughed a little because that pie order scene from the aforementioned film popped into my head for the briefest of moments. I noted that I liked my pie plain at least the first time I walked into a spot. That was also my pizza rule for ages, as if a place can’t make a damn decent basic slice, layering it with all sorts of toppings won’t alter that fact that the pies are flawed. Remember this, as it can save you and your loved ones from some terrifically bad experiences, pizza or otherwise.

Coffee Talks: “Hey, pal. Put down that camera and GET TO THE TASTING PART!”

I should probably mention that this memory was triggered by a recent purchase of Valhalla Java Odinforce Blend ($15.99) from Death Wish Coffee this past weekend when they were running a free shipping on all US orders deal. That super-fast shipping had the box arrive like a thrown lightning bolt (well, it was deftly handed off by someone at USPS) and when as soon as I opened that box and foil bag, that aroma did its memory-jarring thing. I chose a Japanese tea cup for this brew for no other reason that I hadn’t used it for a while, but I liked the smart design where no handle kind of keeps your brain on its toes. If the cup is too hot to hold, that beverage is too hot to safely drink. Granted, one could simply adopt a “Hold on loosely, but don’t let go” strategy here, but that makes for a much better song than it does a means to imbibe a super-hot drink. I say.

Anyway, yes, that Odinforce Blend smelled great enough to zap my memory back to a super nifty (and super ancient) experience, but how did it taste? Let’s see now… One sip and it’s smooth and strong, but absolutely NOT bitter or overly smoky like some blends I’ve tried. A cup later and I was feeling kind of… invincible. Or at least wide as hell awake and more than ready to take on whatever was coming my way on that day.

It was kind of like this (minus the ending sequence!):

Two cups and a few hours later, there was absolutely no caffeine crash feeling one gets from certain other off the shelf brews. Perfectly balanced flavor (nutty with a sweet tone and hints of chocolate), smooth as a baby’s bottom and strong like the person who just punched you in the arm because they didn’t get the too damn old Benny Hill reference (ow!).  I like this stuff a lot. Oh, right, as for the rest of that diner memory, it went like this: while I was enjoying my pie and coffee, the woman to my left had to get up and get to work, so (surprise, but no surprise!), she smooched her sweetie on the cheek, tapped me on the shoulder to wish me a fine day and zipped out the door into a nearby subway entrance.

I hung out for a few more minutes with a third cup of coffee, then paid my check and left a nice tip (my memory says a tenner, as I tend to be generous to a fault when I’m happy) because my day was perking along nicely enough thanks to two fun people in love (which is always nice to see, folks). As I was leaving, the guy who took my place with his friend taking the end stool was in the middle of ordering a plain omelette and I remember laughing out loud as I walked out the door because I was hoping that waiter’s day wasn’t going to go downhill from there. I’m going to guess it didn’t as I’d gather she and her perfect voice could tackle anything weird that rolled her way.