Arrow Video is set to heat up your June with four more video releases through MVD Entertainment Group, all worth a buy for collectors and film buffs with a taste for the intriguing. Let’s take a look at what’s coming soon: 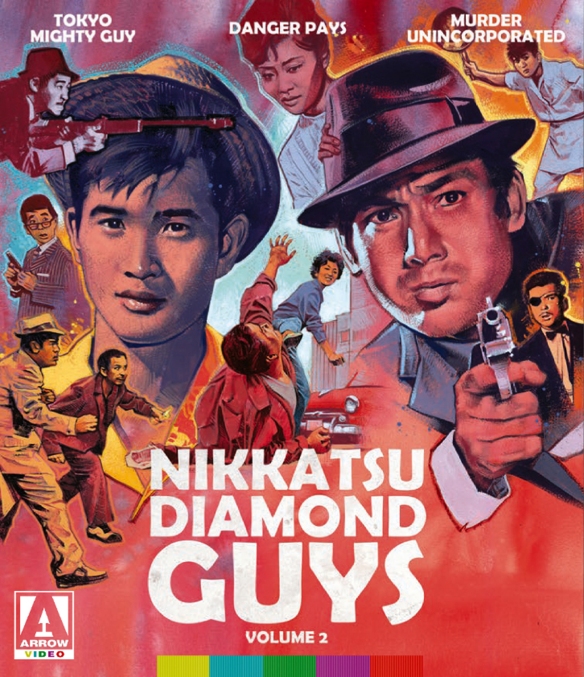 Nikkatsu Diamond Guys Volume 2 (June 14, $49.95) rolls up first and looks to be the perfect companion piece to the first three-film set. Akira Kobayashi (Tokyo Mighty Guy), and Jo Shishido (Danger Pays, Murder Unincorporated) are the featured actors in this trio of films that like the first Diamond Guys, is limited to 3000 sets. The first collection was a nice set of surprises, so expectations are high for this one to be equally fun and revealing.

Three more below the jump, so JUMP!

Writer-directors David Siegel and Scott McGehee’s 1993 film SUTURE (June 21, $39.95) was one of the best indie films of that year. I caught it during its limited run and between the gorgeous black and white photography, borrowed stylistic elements from a few great directors and solid acting from a committed cast, it made quite a lingering impression. Granted, the film’s interesting gimmick may be lost on some new viewers who don’t grasp the film is messing with them on a few levels. But it’s worth a watch with like-minded thriller fans as the plot bobs and weaves towards its conclusion. 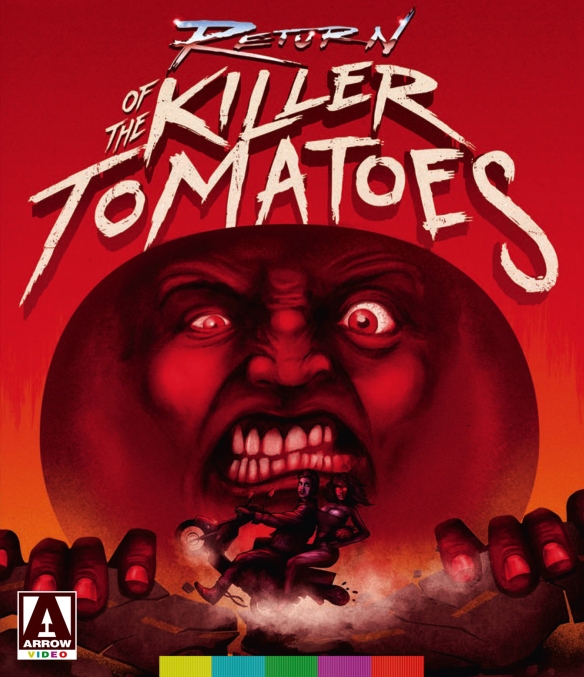 Next up is 1988’s Return of the Killer Tomatoes (June 28, $29.95), a fun sequel to the offbeat (okay, goofy as hell) horror “B” about oversized fruit (or vegetables, depending on who you ask, although they ARE fruit!) chowing down on some unfortunate humans. George Clooney (!) and John Astin have what could be called meaty roles here, but you’ll be watching this for those big red beefsteaks doing what they do best. While light on the extras (what, Clooney was too busy to sit down with Arrow and chat about this oldie?), it’s still a great “B” flick worth adding to your Arrow collection.

Finally, the visual effects master of stop-motion gets another tribute worth tracking down with Ray Harryhausen: Special Effects Titan, coming to Blu-Ray (19.95) and DVD ($14.95) June 28. In this documentary, director Gilles Penso sits down with Randy Cook, Peter Jackson, Nick Park, Phil Tippet, Terry Gilliam, Dennis Muren, John Landis, Guillermo del Toro, James Cameron, Steven Spielberg and many more creative types to discuss Harryhausen’s work and how it influenced them all. As a HUGE fan of Ray’s work, I can discuss it all day and into the night with like-minded fans. So this doc will be in heavy rotation around the DAF household and office.