My first memory of Doris Day was her long-running TV series that ran on CBS from 1968 to 1975, which I understand she initially wanted no part of. Although I can’t recall a single episode (I was four years old when it premiered) other than each one I saw being as blandly wholesome and clean-cut as it gets with the usual sitcom of the era comedic flourishes (well, up until the last two seasons when network programming drastically changed).

Still, I did have “Que Sera, Sera (Whatever Will Be, Will Be)” embedded in my brain for years (it’s still there) and yes, automatically associated it with Day, which ended up making my first viewing of Alfred Hitchcock’s excellent 1956 “remake” of his 1934 film, The Man Who Knew Too Much even more entertaining.

That song gets sung twice during the film, but as I’m betting a penny some of you haven’t yet seen this classic, I’ll let you go watch the film and see how well it’s used. 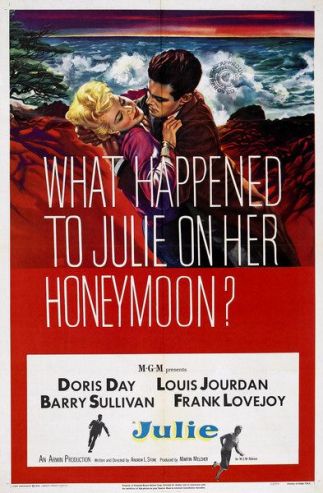 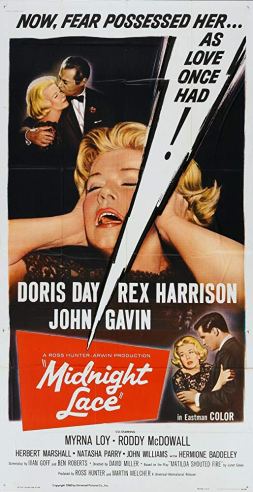 While I wasn’t a big fan of her films other than the three thrillers she appeared in (Julie (1956) and Midnight Lace (1960) are also worth a watch if you liked her in that Hitchcock film), I know more than enough classic film fans that adore her work who can very gently hit me over the head with recommendations should I decide to dip a toe into that perfectly temperature-controlled pool. Amusingly enough, as I pored over my search engine of choice’s picks for Day images to run here, this one jumped right out at me above all the usual glamour shots. I’d seen it many times before, but I think it’s more appropriate today for a few reasons: 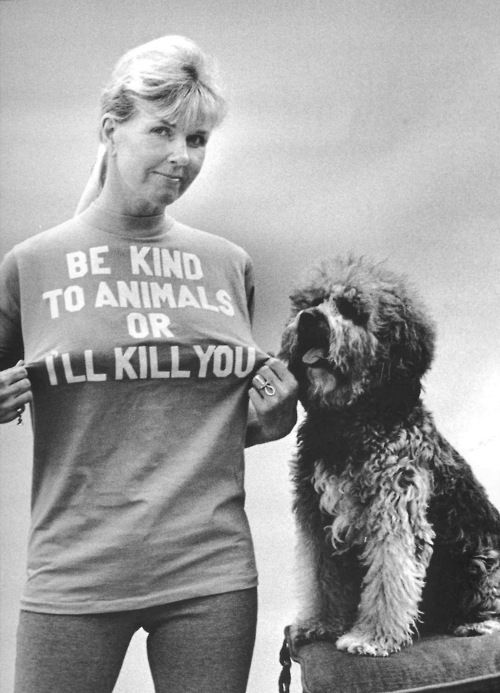 I kind of think she meant it when it came to her best-known cause. Fortunately, Justifiable Death by Doris never became a thing,

If anything, I know TCM will be running a Doris Day marathon of some sort sooner than later. I may or may not join in and watch, but you know how it is these days with too much going on, right?

Whatever will be, will be, indeed,

2 thoughts on “Whatever Will Be, Will Be”