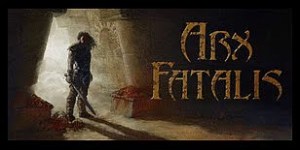 One of the best PC role-playing games of the last decade, was Arx Fatalis, Arkane Studios’ homage to the classic PC games Ultima Underworld and Ultima Underworld II. In case you’ve never played it, it’s time you finally did. It’s still around today as a downloadable game over at Steam, gog.com and Direct2Drive or you can probably track down a physical copy on ebay for either PC or original Xbox (but I don’t think it’s backward compatible on the 360, so you may want to check that out first).

Arkane has just released the final patch as well as the complete source code for the game (it’s now Vista and Windows 7 compatible), which means the mod community now has another game to take apart and improve into an even better experience. I hadn’t played the game in about a year or so, but after downloading the new patch and firing up an old save and playing for an hour or so, it’s still a solid chunk of gaming. I’m not a fan of the window mode that’s been patched in, but I’m sure there’s a quick fix for that. Anyway, yes – another great game to try if you haven’t yet – enjoy!