Ask and it shall be answered department: As I forgot to bring my tape recorder to the Xseed event, I sent off a quick query to the company’s Product Manager, Jimmy Soga regarding the online co-op gameplay featured in the upcoming RPG Valhalla Knights: Eldar Saga. Here’s what he said:

“Below is some information regarding the Co-op play for VKES. Basically it is similar to the PSP ad-hoc co-op. You will be able to tackle any quest together and any items you find in co-op you will be able to bring back to your single player game.

NETWORK GAMING (Co-op)
For this mode, the player must have access to a network connection. Enter a friend code to register a friend. With no friends registered, the Wi-Fi game mode cannot be played. Select a friend to go on an adventure with (limit 1 friend per adventure).

Once on the field, the game plays similarly to the single player mode. Cooperate with your friend to complete the quest. When either the player or friend is defeated in battle, the fallen character must wait for the other to come and revive them. The players may only be defeated three times before the quest automatically fails.

If either party decides to retire, the quest will stop and will be considered called off. 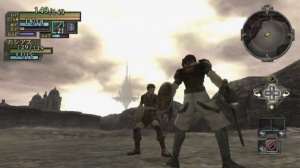 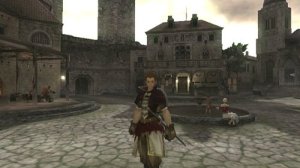 Based on the description above, it looks like the game is going for a simplified Phantasy Star Online approach to things, although the online limit of two players per session might disappoint those expecting more of a MMO-style community experience. As you’re not able to use mercs in co-op mode (this keeps the frame rate stable, folks), this should certainly make for a more challenging game, particularly when dealing with the ridiculously huge bosses or more densely enemy-populated maps.

As more and more info arrives, Valhalla Knights: Eldar Saga is absolutely becoming one of those Wii titles I’m really looking forward to experiencing more of and I’m sure hardcore fans of the franchise will also be all over this new entry once it hits retail later this year.