While they’re not a household name yet (but they should be), publisher Modus Games has a number of current and upcoming titles that should please those looking for a bit of variety in their gaming lives. From the return of the Trine series to its side-scrolling origins to three new (or new-ish n one case) IP set to arrive on the scene between this year and 2020, all four games I saw at their press event in NYC were looking great and are well worth waiting for.

Ary and the Secret of Seasons (in development, PC, Switch, PS4, Xbox One)- My first stop was a game with an intro trailer had me laughing out loud for a few minutes because it hit my particularly oddball sense of humor right in the sweet spot. It turns out the game in question is actually a bit more serious in tone yet looking like quite a blast to play. Co-developed by eXiin and Fishing Cactus using the versatile Unity engine, the game intentionally recalls classic mascot character action games of the 90’s and early 2000’s with what’s looking like a strong emphasis on both story and gameplay.

While the demo wasn’t a hands-on one, watching Ary get put through her paces by eXiin’s Sébastien Le Touze kept me smiling constantly. Her season controlling powers allowed for some great puzzle-solving solutions as well as some thrilling combat moments and yes. those powers sure looked great in motion as they affected the environments around then in real time. The ability to change the weather in an area to rainy meant lightning zapping those pesky hyenas or ice hindering them briefly while Ary’s slingshot and sword skills knocked them for a few loops. Granted, the demo had all her powers unlocked at the start, but that was simply to show how versatile she’ll become as the adventure progresses.

The aforementioned puzzles can be solved in a few creative ways such as creating a large bubble of water to hop into and swim up to a high spot in order to flip a switch, or temporarily freezing an object or obstacle in order to pass safely before you free it and let it take out some baddies. Combining season powers is also key to some areas and Le Touze certainly did a stellar job in showing off what Ary could do. While it’s not set to launch until 2020, it’s a sure bet to be on quite a few watch and want lists, mine included.  If and when eXiin can get a demo of some sort up for everything this will appear on, I’m betting the game will find quite a few more eager fans ready to explore its pretty game world. 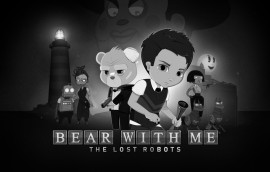 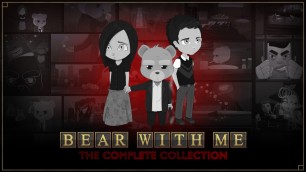 Bear With Me: The Lost Robots ($4.99)/ Bear With Me: The Complete Collection ($14.99, Steam, PS4, Xbox One, Switch, iOS, Android)- Exordium Games’ Game Director/Producer, Andrej Kovačević was on hand to show off a hands-on build of the studio’s darkly humorous spin on the adventure game and after a few minutes with the latest chapter, Bear With Me: The Lost Robots, I’m going to be keeping an eye out for this film-noir inspired gem when it lands on consoles this summer. I’d even go as far to say that non-gamers with a love for film noir, boozy teddy bears and mysterious situations should keep this one on a radar as something they might find on interest as who doesn’t love a good mystery wrapped in handsome 2D visuals, puns galore, and gameplay where your brain does the work over simply blasting your way to a solution?

TLR is actually a prequel to the three games found in The Complete Collection, but Kovačević noted previous experience with the other games wasn’t necessary to enjoy this latest entry. Granted, you’ll definitely want to snap up every episode just to play each of the first three chapters in order, but TLR’s focus on a different lead character (Flint, the missing brother being searched for in the other chapters by his sister, Amber) makes for an interesting spin as well as a load of well-placed humorous moments mixed in with the moodier bits. I wouldn’t classify these as “kids” games at all despite the art style, as Ted E. Bear comes off more like that cranky uncle who’s lost the top off his bottle of Night Train and needs to down the whole thing before stumbling outside for a refill.

In tried and true point & click fashion, TLR will get your brain cells bubbling as you use and combine items in your growing inventory to solve puzzles and let Ted E. Bear conduct his investigation into what’s been happening to his robotic pals in Paper City. Snappy, sarcastic dialog is a hallmark of film noir and oh, boy is it let loose here pretty much every time Ted opens his furry mouth. For a child’s toy (okay, an alcoholic child’s toy), he’s not at all shy about whipping out some hilariously rude quips. But the game drops in a few hilarious moments of its own, as with a throwaway line about Ted and Flint not finding their way out of a locked movie theater projection booth before they discover the note that asks them why it’s taking so long.

There were a number of other text and visual gags as well as a flashback sequence presented in a digital comic book style that managed to be simultaneously poignant and hilarious. You’ll see, and I’m gathering here will be more like it as each chapter is played. Humor is somewhat tough to sustain in a game, but Ted E’s (so far) excellent adventure has the feeling so far of that classic LucasArts vibe and that’s a good thing indeed. 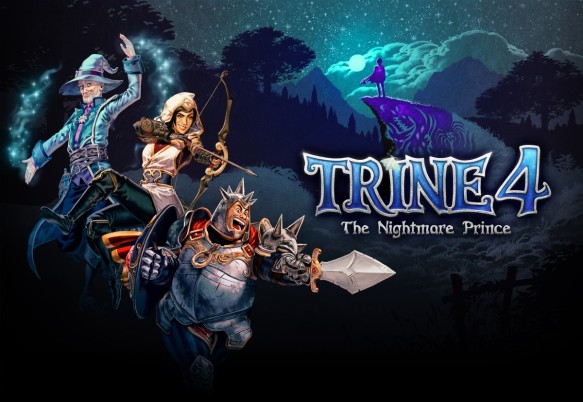 Say, does that Wizard kinda look like Bill Murray or what? Well, I think he does.

Next up was Trine 4: The Nightmare Prince ($29.99, PC, PS4, Xbox One, Switch, or $49.99 as part of Trine Ultimate Collection Steam, PS4, Xbox One) – I’m well-aged enough to have played developer Frozenbyte’s Shadowgrounds games and have been a fan of their work since. So yes indeed, the previous three entries in the Trine series as well as the impressive Nine Parchments are constant recommends to friends looking for top-quality (and more family-friendly) thrills.

This time, the sequel goes back to its “2.5D” roots and features a some solid storytelling moments as well as a few changes to the gameplay that should make it the best entry in the series to date. As I watched Kai Tuovinen and another Frozenbyte pal (er, I was so busy ogling the game screen I forgot to take his name down, sorry!) play, I noted the always outstanding visuals the series is known for were even more lovingly detailed and packed with even more impressive physics-based puzzle areas. The demo also was packed with a few new twists on puzzle solving that allow experts to novice players many ways to get through an area’s tricks and traps. Some fun was had when a few on the fly problem solving was done, a great sign of a game coming together as a fine solo or co-op experience.

As this is the fourth entry is the series, Frozenbyte is now making the game a four-player co-op experience in online and offline play. Granted, one person has to play a duplicate of one of the other characters, as our heroic trio doesn’t have a new member to play as. But given the quite solid gameplay on display, it’s clear that anyone who picks up a controller and dives into this game will have a fun time indeed no matter who they choose to play as. Set for a fall 2019 release, I’d say it’s about time to either get to replaying those three other games if you have them already or prepare to nab that Ultimate Collection if you want the whole saga from the start. Either way, it’s a solid deal. 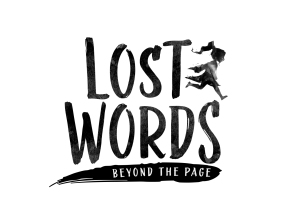 Last, but certainly not east, my poor eye allergy was acting up as I sat down to see Sketchbook Games’ innovative and completely enchanting Lost Words – Beyond the Page, (PC, PS4, Xbox One) an absolutely stunning blend of wonderful ideas that work well because of the dev team’s commitment to making a game that has a definite emotional pull that’s hard to avoid. Well, that and a story by Rhianna Pratchett (!) that has a deep pull working for it right from the start.

Okay, I’ll admit to my allergy excuse being only partly true (it actually kicked in closer to the end of the demo). I was in fact, knocked over by the game beginning as a young girl wrote in her diary and the gameplay had her interacting with certain words onscreen as she climbed or ascended accordingly as pages turned and the simple but beautiful watercolor look transformed into a full on side-scrolling platform game. Take a peek at that teaser below, please:

For me, this is what the best games are made to do on a basic level – involve and engage the player emotionally while becoming a brief art of one’s consciousness. Or, you may not think a game where you play as a person writing a fantasy story in a journal is something appealing until you experience how well that idea is implemented and get that gentle gut punch that tells ytou to feel something for that character and her particular situation. This game does that very, very well.

While the demo was somewhat short, it definitely got me (as the kids say) “in the feels” (ow!) because every aspect was carefully placed to guide them right where Sketchbook wanted them. There’s a genuine warmth radiating through what I saw that flows thanks to the wonderful visuals and appropriately flawless soundtrack. Of course, this one will need to have to be played in full in order to see if all the other pieces fall into place with what I saw at the event. But I think this one will be remembered for years to come as a hallmark on a few fronts.

We shall see, of course, but I say go wishlist this one on Steam now, a second time if you own a PS4 or Xbox One (er, once those pages go up for a pre-order) and hope the dev team has a Switch port in the works. You’ll also want to stock up on tissues or by a pack of dollar store hankies you can wash and reuse because your feels will be feeling it a few times through this one, I gather. Fall 2019 is when to be on the lookout for this one.

Hmmm… I see via my inbox that Modus has some other neat games on the way, but I’ll stop here and get to those in another post – back in a bit.