Yep. You need a Wii U. NOW. Or when the game comes out, no hurry! Um, the NX version is supposed to launch the same day, so maybe you can get one of those too?

This blurry photo is a result of my hands shaking because I was about ten seconds away from firing up the first of two demos. Oops.

Other than a trip into the rabbit hole a few years back after an early teaser trailer, I’d deliberately been ignoring any and all news, gossip and other speculative to factual bits of info about Nintendo‘s new Zelda game because for my purposes, going in cold makes for the best gaming experiences. When the opportunity arose to be one of 500 people who weren’t going to E3 to play the demo, I cleared my calendar and made sure I got my butt down to the Nintendo World Store bright and early to score a slot. Once that was done, the breath holding began with the hope the demo wouldn’t disappoint.

It didn’t. Although a mere 40 minutes was spent with it (two timed sections of 15 and 25 minutes each), the demo of The Legend of Zelda: Breath of the Wild was one of the most memorable times I’ve had with any game I’ve ever played and definitely the most interesting Zelda game I’ve sampled.

The team has recreated the sense of wonder of the original NES game, but with a much larger and absolutely drop dead gorgeous open world Hyrule devastated by time and disaster starring a Link who’s been awakened after a 100-year slumber. How this ties into previous Zelda games is unclear at this point, but there are enough visual, aural and gameplay cues that give the new game a sense of familiarity longtime fans will get right away. The lucky ones chosen to play and plenty of onlookers at the demo event got to experience a game long in the making that’s going to feel fresh and incredible to longtime Zelda fans who may not play PC role-playing games like The Elder Scrolls or The Witcher series that offer massive maps and an amazing amount of quests to tackle. Breath of the Wild’s freshness brings manual jumping and climbing everything from trees to mountains to the franchise for the first time, no in-game companion/follower for Link (other than Amiibo support noted in the video below the jump), and a world where there’s a lot to do, but one in which the freedom to do as one wishes actually makes things MORE thrilling. 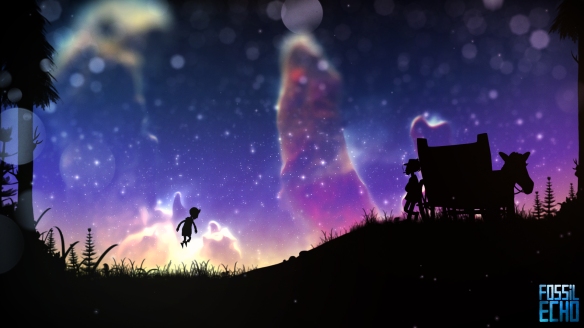 The first timed demo was a “jump into things” slice of fun where players got 15 minutes to mess around and see where they could go and what could be done in such a short time. I chose to grab the nearby torch, bow and arrows, pointed Link somewhat northeast and head for adventure. For the demo build (and probably the actual game), the GamePad was only used as a control map and other than a minor issue throwing bombs, gameplay was fluid and responsive. A few minutes of running and B-button dashing and I came across a small camp of goblin like enemies. The Nintendo rep recommended I try sneaking by, trying an all-out assault or doing whatever I wanted, but as he pointed out the noise meter on screen, I took the stealthy route around a large tree. Or attempted to. One of the goblins on a raised wooden platform spotted me and made with the blowing of a horn that sent a trio of his armed buddies my way. Oops.

Fortunately, that bow I’d picked up made short work of two of the creatures, but the third one took a few more arrows to his shield than his body before keeling over. Actions now consume stamina, so just rushing in and swinging wildly is a very bad, very painful idea for Link. Out of arrows, the remaining two enemies (who were armed with bows) took some quick climbing of their respective platforms and some sword slashing to get rid of. As soon as they were dispatched, a familiar jingle sounded and yes indeed, a chest was unlocked on a nearby platform. Grabbing the item inside, I guided Link up a short hill with dried grass and spying another platform goblin, one shot to the head knocked him off his perch and into the grass below. I was out of arrows, but found two that had been shot on the way to the hill. It was pointed out that when enemies or Link use thrown weapons or drop something that’s not broken, they can be picked up and used until they break. That’s a new addition to the series that’s welcome as well. Players will be kept on their toes, but everything from tree branches, found tools and even the environment can be used to take out foes.

The game looks a million times better in person, trust me. The Miyazaki/Ghibli influenced style is strong in this one.

The first demo timed out as a bomb I threw exploded in that dry grass (I wanted to see a big fire!), and the rep went about setting up the longer second demo. Oddly enough, this demo was the beginning of the game shown above the jump where Link awakens and sets out on his adventure. That the demo get right to the open world in under three minutes with no lengthy tutorial was wonderful. Nintendo wants players to be in awe once they leave that starter cave and set out to carve their own path. The sense of openness was initially overwhelming, but as noted above, you can go anywhere and do quite a lot while getting to where you need to be. The game seems designed to be daunting at first glance, but rewarding once you start seeing the old Zelda routines working so well to keep your interest always high.

No sooner than you leave the cave and make it to the top of a hill where the game’s logo appears, you’ll spy an old man down a hill to the right walking to a small alcove. There’s no quest marker that pops up or even an urge to go towards him other than player curiosity, especially with such a wide world to explore ahead of you. Meeting him is somewhat anticlimactic yet mysterious as he’s just there to seemingly tell you to do as you please, but has a poke at the series’ expense when Link lifts a baked apple from the ground. Food is a huge part of the game, as longtime elements such as grass cutting for Rupees, heart containers and seemingly, potions aren’t part of the program. Link will need to forage and hunt for food to restore lost hearts, but animal and plant life is abundant, as are fires he can find and use to cook certain dishes. I had to wonder with a smile if the members of the dev team played Arkane Studios’ Arx Fatalis or other computer RPGs that use food, cooking and combining ingredients as a means for gaining health and other benefits.

Not only is he an outdoorsy type, Link can whip up quite a feast with what he gathers up in the field. Did I mention he’s single and available? Don’t tell Zelda! Oh wait, she’s only a legend, right?

I didn’t get too cook in the second demo, but I did get to blow up some enemies near a shrine who camped out near some explosives and a half-ruined structure with a boulder placed in just the right spot. A quick push cleared them out and the shrine was entered whereupon Link touched his magic stone tablet to a stone interface and promptly fainted dead away. Did I just kill off the poor guy before he could get a single story point in? Nope. That action actually set what seemed like the main plot into action as the ground rumbled and across the land, many towers rose up. A mention of Gannon was made by the disembodied female voice that told link to awaken (see that video again if you missed it), and after Link made his way down from the tower, the old man from he beginning drifted down out of the sky using a parasail and proceeded to ask Link a few brief but important questions. Right as things were getting good, the screen darkened and my time was up. I could do nothing but laugh out loud as the Nintendo rep noted that the journey wasn’t even close to beginning, but I was off to a good start.

I also noted that everyone else playing the demo had a completely different experience. One guy made it to the rock monster boss seen in the trailer, another person made it pretty close to one of the new rune shrines (there are over 100 of them in the game) and no one made it to an actual dungeon because of the time factor. Those grinning Nintendo reps taking notes were probably high-fiving themselves over adult beverages later that evening because overall, Breath of the Wild is turning out to be one of the company’s biggest risks that’s clearly going to work on a few major fronts. System seller? Absolutely. Amiibo seller? Certainly thanks to some brilliant use of them including the exclusive Twilight Princess Wolf Link figure that works with BotW as shown below:

As I didn’t buy that remaster, it looks as if I now need to and replay the game on my Wii U. I’d planned to dive back into the older Game Cube version at some point this year, but that upgrade is howling at my wallet (which is always empty of late) just for the chance to use that Amiibo and save data. Hmmm, 1500-plus words of rambling on about this demo doesn’t EVEN touch the surface of what awaits Zelda fans young to old. My hope is that Nintendo decides to release the demo(s) around the globe in some form so that people can see and play it for themselves, experiencing that sense of wonder in its purest form as many did back on the old NES. Breath of the Wild will be taking your breath away on Wii U and NX (as a launch title!) sometime in 2017. The waiting begins and it’s a given that Nintendo is going to be dropping more bombshells over the coming months as to what new wonders this old but new Hyrule holds. I usually don’t do this, but this is a case where a pre-order of some sort is most likely going to be a big, fat MUST.

9 thoughts on “The Legend of Zelda: Breath of the Wild Hands-On: No-Rule Hyrule Is An Amazing Place”